Users are now asking for help, and they are left with wiped data on their hands, and some needing these data for work purposes or are compilations of their saved memories in WD's drives.

Data Deleted in WD MyBook Connected to the Internet 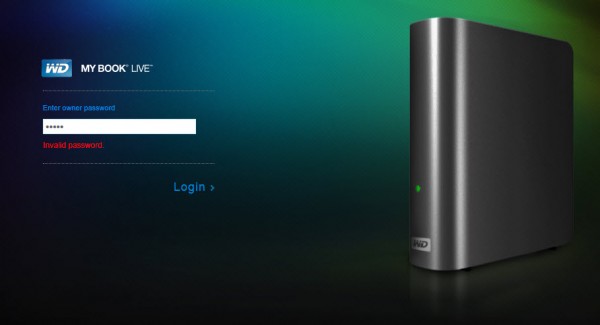 WD has been met with many complaints on their community forum, which has many users logging in to share their experiences and the same problems that came from data being deleted from their drives. Most people who have reported this use the WD MyBook live storage, which has a LAN network connection remotely accessed.

WD has restored no data, and the issues persist, as massive amounts of data are lost and have no guarantees of ever bringing it back. Some users suspect that it was a remote storage format made by the systems, and being connected to the internet made sure that their drives are included in what has transpired.

A thread in Reddit and several user posts have also surfaced. People coming together to report the incident and unspeakable horror they have faced, especially with a massive chunk of their data were taken away.

WD: Malicious Software Was at Fault

According to Western Digital's staff post, the company has detected malicious software on its systems. It initially tried to fight off but led to a factory reset of its systems. It was the reason for everyone connected to the internet to get wiped, but the company is still looking into ways to restore the data for users.

WD proposes for users to remove or disconnect the MyBook Live storage from the internet to prevent any remote wiping incidents from happening in the future. Western Digital is still investigating the matters and looking into ways to restore the data that was lost for its customers.

The WD MyBook is a fairly old device, and the last systems update it had was in 2015, says the company, which is six years from today.

WD has not admitted if malware has plagued its systems, rather more malicious software that tried to access its systems. Recently, malware has been focused more on data deletion and stealing, making this crime somehow similar to what has transpired among the public and across these technology companies.

And while WD has been facing malware for some time now. This recent attack on their old system put a dent in their operations and integrity as a disk drive company.

Nevertheless, WD will get to the bottom of this problem to explain why their data disappeared and hopefully bring back the deleted data.

Related Article: Western Digital Is Working On 40 TB Hard Drives With The Help Of Microwaves