Pokemon Trading Card Game is offering Charizard "Holofoil" which would be an exclusive Costco sale, as part of the upcoming 25th anniversary of the card game that was released by The Pokemon Company.

Charizard or the third evolution of the fire Pokemon lizard, Charmander, is one of the most popular and rarest sights to see on the Pokemon Trading Card Game and has been a sight to see for collectors in the past. The most iconic one belongs to the American rapper, Logic, which paid $220,000 for the mint condition, first-edition shadowless holographic Charizard from #199. 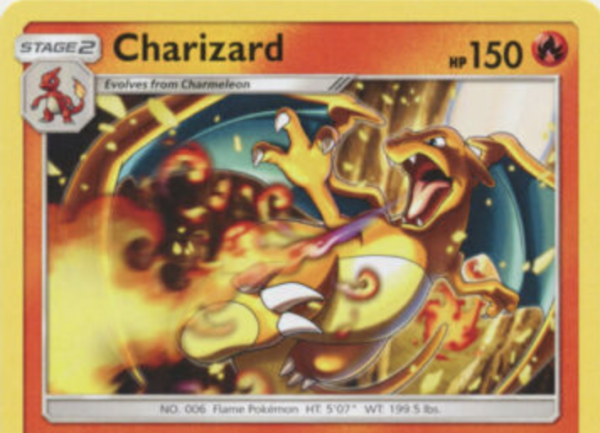 According to the report by PokeBeach, Costco Canada would soon release the availability of Kanto Power Mini Tins, under the different editions and releases of the Pokemon Trading Card Game.

Charizard, which was printed on the new cosmos Holofoil treatment, is coming as an exclusive and rare collectible on this release, alongside other Kanto popular names in the game. The Pokemon is known to be part of Team-Up #14, and that is under the Sun & Moon version of the trading card game, which is part of the more recent releases.

It was said that Costco Canada was the first and only known retailer to release these special edition cards, and are not yet seen in the region's Costco membership stores.

Read Also: 'Pokemon UNITE' Release Date for Nintendo Switch is in July, Here's How to Preorder

This includes Charizard from "Team-Up," Dragonite from "Unified Minds," Mewtwo from "Unbroken Bonds," and Pikachu from "Shining Legends."

As a pack, these characters from Kanto are priced at $40 (48 Canadian Dollars) but are only available in Costco Canada with limited stocks to purchase. Searching for it in Costco Canada's online stores is also proving to be a challenge as no results come back to match the keywords.

The upcoming 25th Anniversary of the Pokemon Trading Card Game is going to be a blast for gamers, enthusiasts, and collectors, because of the many surprises that the card game would bring. Primarily, it would focus to bring a lot of rare and exclusive cards for the coming event, even looking forward to printing out several first editions and rare cards.

According to The Pokemon Company, Classic cards are coming, and those others which are believed to no longer be in existence, as a treat to celebrate the 25th year that the trading card is being played by gamers. What is more iconic here is that a base set Charizard is coming but is not limited to that as it aims to deliver Lance's Charizard V, Base Set Umbreon, and more.

The expansion launches on October 8, worldwide.

Related Article: Man Discovers His 'Pokemon' Trading Cards From 20 Years Ago is Already Worth THIS MUCH!