"League of Legends" seems to have forgotten some heroes since they are left in the dark part of the Summoner's Rift. These champions include Udyr since Riot Games has not released major enhancements for this animal spirit based-champ.

So the Antlers are a visual key - i get it. But they are too big man. Maybe something like this, directly from the Runeterra Universe. Combining Udyrs current Headdress with the Shaman Antlers, but smaller. pic.twitter.com/wwfHwVAuW1

However, the main jungle will soon be excited to use him in the Summoner's Rift once again since some leakers claimed that Udyr will receive massive improvements with his skills.

Various rumors claimed that Udyr will have a new VGU (Visual and Gameplay Upgrade) that will arrive this coming 2022. However, Riot Games still hasn't confirmed this alleged launch schedule.

Although some talented jungle players were still able to make Udyr one of the most OP 2021 metas, his outdated skills still fall behind in the Summoner's Rift.

"His popularity has waxed and waned over the years, but somehow there have always been plenty of players in his corner ready to stance dance and maul their way through the Rift," said Stash "Stashu" Chelluck, the main designer of Udyr.

According to Dexerto's latest report, Riot Games is expected to bring back Udyr as one of the mainstream heroes of the popular strategy game. Many game experts claimed that the "League of Legends" developer will do the same plan that it did with Dr. Mundo and Fiddlestick. 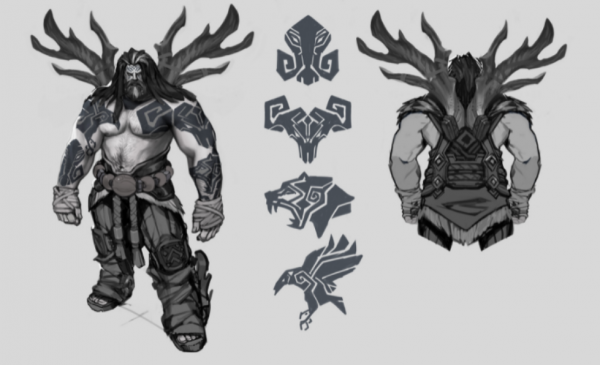 "While his straight-forward melee style might not be everyone's cup of tea, it's clear that Udyr's gameplay has stood the test of time," said Chelluck.
On the other hand, different sources reported that just like other heroes that have been reworked, Udyr's skins will also change. Here are the cosmetics that Riot Games will possibly update:

When it comes to skills, Screen Rant reported that Udyr will not have dashes, leaps, or projectile capabilities. Instead, it is claimed that all his skills will become "Super Stances."

These new capabilities will give him OP burst power. This means that his turtle stance could provide more barriers. On the other hand, his bear stance could also have a longer stun. If this is true, then Udyr can even act as an assassin hero.

Aside from this, Udyr is also expected to have a new look, which offers more tattoos representing all the animal spirits he contains.

For more news updates about "League of Legends" and the upcoming Udyr rework, always keep your tabs open here at TechTimes.