NEOWISE, also known as Near-Earth Object Wide-field Infrared Survey Explorer will give NASA a good look at the approaching hazardous near-earth objects including the asteroids and other celestial entities. According to the space agency, there are more than 1,850 of them spotted by the asteroid-hunting telescope under its guard. 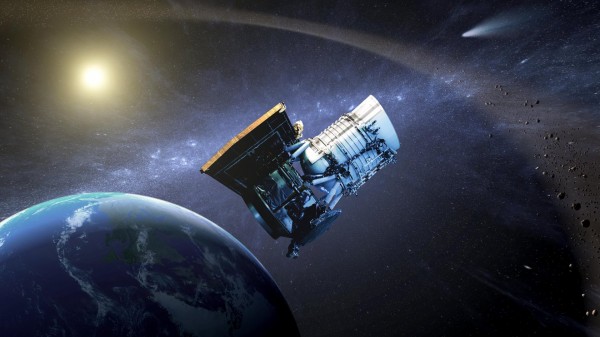 (Photo : NASA/JPL-Caltech)
NASA's NEOWISE, an asteroid-hunting telescope will extend its mission for two more years. Meanwhile, the new NEO Surveyor is set to begin operations in 2026.

The NEOWISE will continue to operate until June 2023 according to NASA. The mission will cover hunting potential objects that will enter the earth. The team will also study the hazards that each of them poses.

Following the announcement about the extension service of the telescope, NASA Administrator Bill Nelson said that they are always on the lookout to spot asteroids and near-earth objects which could help them know more about the solar system.

Moreover, they have already searched more than 26,000 asteroids, but still, more of them are expected to arrive at unknown dates.

Nelson added that they will continue to develop the NEOWISE for more effective space exploration. They are focused on finding the celestial threats before they land on Earth.

In December 2009, there was no "Near-Earth Object" placed on the name of the surveyor. What it did in the past was to conduct observations of stars, asteroids, and even identify infrared wavelengths in the far-reaching galaxies. Two years later, NASA decided to rest it for a while since its cryogenic coolant malfunctioned during the mission.

The then-WISE mission was reborn in 2013 with a new name called NEOWISE. Those asteroids crossing the Earth's orbit are detected before they officially come in contact with the planet's surface.

On Wednesday, June 30, the special commemoration for International Asteroid Day was conducted. This tackled the possible asteroids that could impact the earth--the largest batch of heavenly bodies.

"NEO Surveyor will have the capability to rapidly accelerate the rate at which NASA is able to discover asteroids and comets that could pose a hazard to the Earth, and it is being designed to discover 90% of asteroids 459 feet in size or larger within a decade of being launched," said Mike Kelley, NEO Surveyor program scientist at NASA Headquarters via WMTW's report.

Scientists can also study the asteroid size as they collide with the surface of the Earth. Furthermore, the data that they would gather will help them know about the contents of the near-earth objects.

In the next five years, the NEO Surveyor will be released as part of the replacement for NEOWISE. According to NEO Surveyor lead, Amy Mainzer, the new telescope will assist them in an asteroid-hunting mission. Provided that it is an improved space-based infrared telescope, it would give them a more comprehensive look at the asteroids.