Microsoft Windows 11's BSOD or Black Screen of Death has replaced the color Blue, as it was popularly known and detested in Windows 10 and previous operating systems. Having a BSOD means sometimes means the worst possible scenario, and that is the operating system crashing before it can continue to the lock screen or desktop page.

A lot of people have taken a unique interest in the new BSOD, particularly because it is an integral part of the Windows OS because it somehow comes in every computer and gives a massive scare to the user. 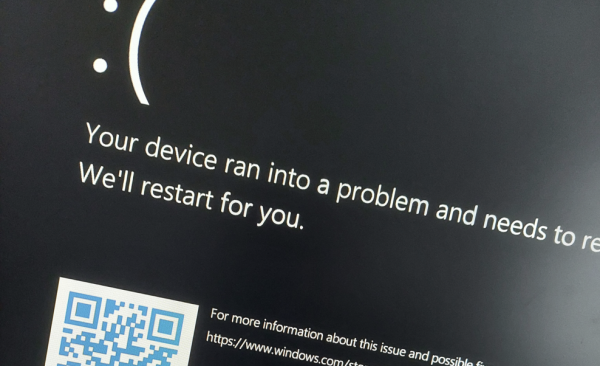 A lot has been changed for Windows 11 in the recent update by Microsoft, particularly in the June 24 showcase event where it first revealed the new Windows. And while features and functions are what people mostly focused on, there are several fans and computer users who looked into the infamous blue screen of death or BSOD.

According to The Verge, the color change is officially happening, and it was initially discovered as the operating system was being tweaked and inspected for its features. After which, it has been confirmed by several users that have experienced the same color change on their BSOD, and as Microsoft's Windows 11 has crashed into that state.

Some consider this an endgame, and it truly is something to fear, especially when one does not know how to fix or resolve this issue. Sometimes, this may indicate a hard drive failure of the computer, and this could be a potentially more dangerous one as it may lose some files.

Why the Change from Blue to Black?

Windows 11 has changed a lot on its interface, and it has been one of the most prominent releases of the present time, with users having mixed reviews about its look, but a thumbs up on its performance. The 11th version of the OS somewhat resembles that of Windows 10, but with fresh new features including the alleged dark mode.

Microsoft has yet to confirm a dark mode for the OS's landscape, but several leaks have pointed out its existence, saying that the company is catering to the people's modern preferences. Dark Mode has been popular, and it may have been the reason why Microsoft has changed the Blue Screen of Death, to Black.

Also, going black is somehow appropriate for BSOD, especially as it signifies a failure or crash within the software, and black represents something dark or ominous.

Why is it Not Available to Other Users Yet?

In the recent discussions on social media, several users have mixed results on triggering or receiving the BSOD, with some, exhibiting the green screens of death, and some having the old blue screen. And while it remains unexplained, the only meaning to this is that Windows 11 is still on Beta mode, and most of its features may not be distributed evenly amongst the public.

That being said, users should be careful in triggering the BSOD, especially with the Windows 11 Beta, which is not yet a stable release.

Related Article: Microsoft Confirms Rootkit Malware to Be Allowed on Windows After Signing It Off, Is it Gone Now?