Police officers are handing out their body cam footage in exchange for free high-tech restraining lassos called BolaWrap. Meanwhile, the company uses these clips to market its technology and help other cops know how to use it. 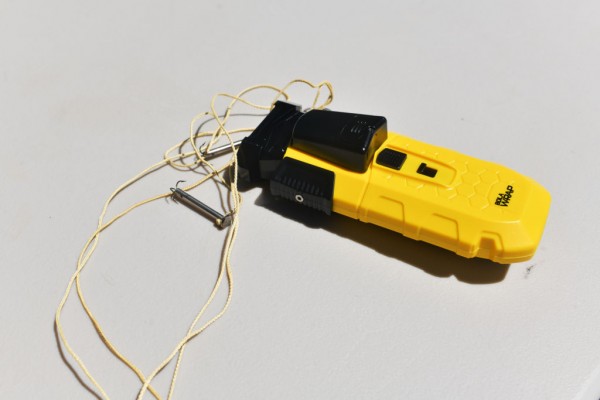 (Photo : by Marvin Joseph/The Washington Post via Getty Images)
LANDOVER HILLS, MD JULY 14: Landover Hills Police Department gives a demonstration of a new law enforcement product, the BolaWrap, a hand-held, remote restraint device that discharges an eight-foot tether at 513 feet per second to safely restrain a subject at a range of 10-25 feet.

BolaWrap is the brainchild of the company going by the same name, Wrap. It serves as a tool to tame suspects as it discharges a barbed wire in a hook shape with a Kevlar tether. It will then wrap around a person's body to restrain their movement.

According to Wrap's website, the technology, which seems to come from a comic book superhero story, is meant to tame suspects that the officers deem uncooperative , usually those who are experiencing mental health problems or under the influence of drugs.

Additionally, it could restrain a person's movement remotely up to 25 feet. The company adds that it is a "safe and humane" way to take such suspects into custody.

DailyDot first reported that Wrap is using the body cam footage to sell their product to other cops.

The footage focuses on instances wherein police officers use the BolaWrap in their operation. The company then blurs the face of the individuals involved, and posts it on the internet to sell its technology.

However, the police departments clarified that the freebies came after they have already given the body cam footage. It was not the reason why they agreed to provide such information.

The company requested the footage in an email to the cops, wherein it stated the videos will help improve the product and guide police officers elsewhere.

Nevertheless, Daily Dot noted that the bulk of the police videos are instead used for marketing the product online.

To be precise, the outlet pointed out that the company is using the footage to create YouTube content promoting the device. Wrap's videos showcase incidents of police with folks under a mental health crisis with their faces and names blurred.

The YouTube channel has garnered 4,000 subs, with one of its videos achieving about half a million views. The said clip is a compilation of the BolaWrap demonstration.

Meanwhile, an actual incident in Virginia, Minnesota, that was caught on cam has nearly 100,000 views. It is to note that the folks starring in the videos are not criminal minds. The incident reports showed that they received mental health treatment afterward.

In other news, the smartphone pickpockets in Brazil have found a new way of increasing profits.

Related Article: An App That Automatically Calls 911 When It Detects A Car Crash Is Now Available To Google Pixel Users