Sony Still Selling PSP Games on the PS3 and Vita Stores For Now | Indie Publishers Are Fed Up With PlayStation?

Sony is not killing off games for the PSP yet. At least for now, though. But there are a few catches.

(Photo : Spencer Platt/Getty Images)
NEW YORK, NY - APRIL 10: A sign outside of Sony's New York headquarters is viewed on April 10, 2012 in New York City. Sony, the Japanese electronics company, has more than doubled its projected net loss for the past financial year to ´520 billion, the equivalent to $6.4 billion, its worst loss ever.

According to a report by IGN, Sony will still keep selling games for their aging handheld on the PlayStation Store, but only on the PS3 and PSVita stores. The dedicated storefront for the PSP remains closed.

The information comes straight from the official PlayStation website, which states that while users can still buy games via the PS3 and PSVita stores, they won't be able to buy any PSP content in-game starting July 6. Furthermore, anybody can still download their old PSP games by accessing the device's download list menu.

Earlier this year, Sony was met with contempt from retro gaming enthusiasts when they announced closing the storefronts for the Vita, PSP, and the still-popular PlayStation 3. The company eventually backtracked on its decision, saying that it "made the wrong choice." They then decided to keep the PS3 and Vita storefronts online but moved forward with closing the PSP store for good.

It's no secret that a lot of people are still holding on to their PSP consoles for a good 16 years. While the platform itself didn't really live up to Sony's sales expectations, it did manage to garner a fair number of fans for its features which were relatively ahead of its time.

For now, it looks like Sony is focusing on maximizing the life cycle of its current-generation PlayStation 5.

Sony PlayStation Portable: Was it a Failure?

With Sony staying true to their decision to shut down the PSP store, does this mean that the handheld gaming console was a relative failure?

According to TechRadar, no, it wasn't. When it launched back in 2005, the PSP was at certain levels successful. Sony's direct answer to the handheld gaming juggernaut is Nintendo, who had the 3DS and the DS in their arsenal. The PSP sold a respectable 82 million units during its eight-year life span, which is nothing to scoff at. The so-called "Father of PlayStation," Ken Kutaragi, claimed that the PSP was the 21st century's Walkman. 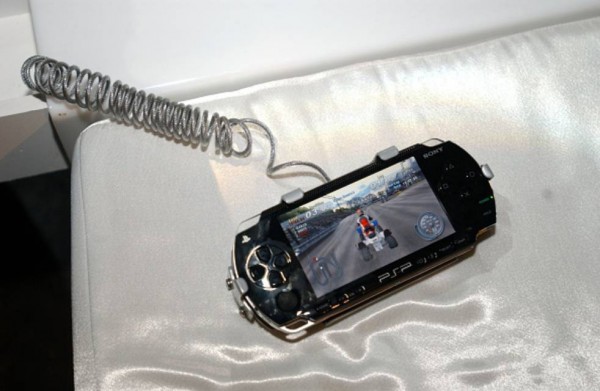 However, it still faced the handheld gaming giant that is Nintendo. Compared to the competing DS family of gaming systems, the PSP fell short in total unit sales. So far, Nintendo has sold a total of 156 million units. The PSP? Basically dead after Sony discontinued it in 2014.

But perhaps Sony isn't going to need something like the PSP anymore. Case in point: smartphones. Mobile gaming is something that the company plans to enter, as they announced plans to bring PlayStation titles to Android and iOS later this year. It won't be a bad decision either, since a lot of other industry giants like EA are also branching their biggest franchises out to mobile.

But while Sony is doing what they can not to piss off retro gamers, maybe they should also do something for indie developers as well.

An IGN report bared how a group of indie developers has been so frustrated with the game industry giant, saying that it doesn't have good business practices for indie games. According to the developers, small-time studios have a much harder time getting their works recognized, which is further aggravated by Sony's frustrating bureaucracy, communication lapses, and severe limitations on when and where games can be sold.

It's all well and good that Sony is trying to preserve old games with their recent plans for the PSP. But there are lots of indie games that deserve recognition too.

Sony PlayStation Titles Will Be Coming to iPhone, Android in Late 2021