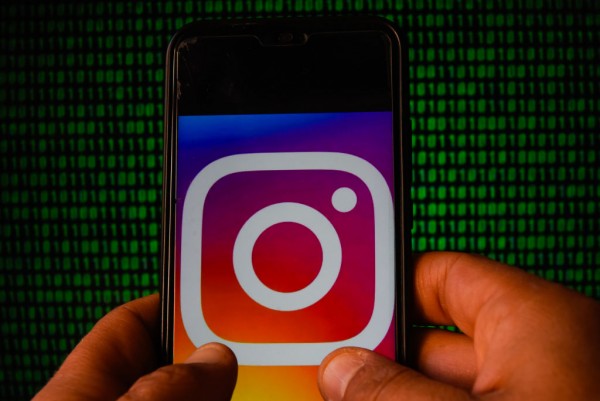 (Photo : by Omar Marques/SOPA Images/LightRocket via Getty Images)
POLAND - 2020/06/03: In this photo illustration an Instagram logo is seen displayed on a smartphone.

The news comes after a reputable leaker, Alessandro Paluzzi, revealed the screenshots of what is coming to Instagram.

Paluzzi is a mobile developer who always keeps his followers in the know of what's coming to their favorite mobile apps.

The mobile app analyst is also behind other Instagram leaks, such as the ability to post videos and photos even on a desktop, which was confirmed later on, via Bloomberg, as well as the two-factor authentication feature of Instagram through WhatsApp.

Now, Paluzzi showed his followers a glimpse of the NFT Platform that Instagram is allegedly working on silently.

According to Yahoo, the new feature will be called Collectibles, wherein the app users could purchase and sell NFTs. To be precise, posts with the "Collectible" label specifically indicate that there is an embedded NFT in them.

Additionally, users' profiles will also have a dedicated tab of the supposed NFT platform. The leaker further shared screenshots of it.

The introduction of the unreleased feature reads: "Earn Money From Selling Collectibles." It further explained to users that monetization begins when collectors start purchasing from them.

Meanwhile, on June 30, Instagram confirmed that a Stories Subscription service is in the works. That said, the new paid feature will also mean that the app is introducing the ability to post payments on the platform.

As per BeinCrypto, the payment method feature further raises the possibility of an NFT platform as it will be easier to purchase and sell on Instagram -- not to mention that it also helps enable other monetization features.

Forbes first reported on May 22 that Instagram is planning to launch its NFT Platform.

However, the attempt of Instagram to understand NFTs in a broader perspective did not go so well with upcoming artists.

An artist, Sean Williams, brought to light the news after tweeting that the social media giant is reaching out to up-and-coming artists to get insights on NFTs from them.

Williams told Forbes that he welcomed the idea at first, leading to a Zoom meeting with Instagram.

However, upon listening to the recorded Zoom conference, later on, he realized that the social media giant is allegedly reaching out to smaller artists to save money.

Williams also revealed that the tech giant followed up, asking him to sign a non-disclosure agreement paired with a $1,000 honorarium.