Donald Trump is not yet done with going after social media networks as he filed new lawsuits against Facebook, Youtube and its parent company, Google, and Twitter.

On Wednesday, July 7, the proposed class-action lawsuits target Facebook and its CEO Mark Zuckerberg and Twitter and its CEO Jack Dorsey, and YouTube and its parent company's CEO Sundar Pichai. 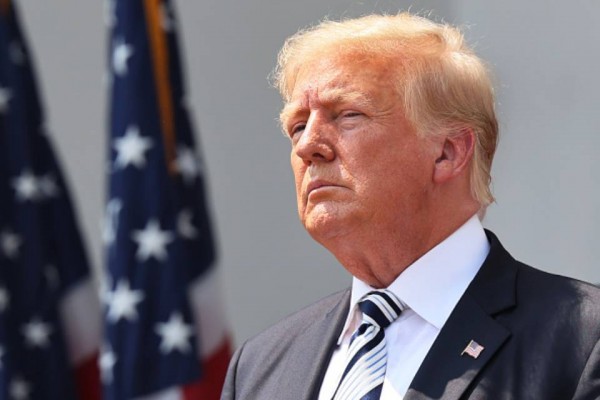 According to a report by The Washington Post, former U.S. President Donald Trump is now suing Facebook, Google, and Twitter over alleged censorship claims. This is now the next phase of his battle against the said companies after his accounts were terminated.

Filed in Florida's Southern district, the lawsuits are going against what Trump calls "a censorship of the American people," as he said in a news conference in Bedminster, New Jersey. In Trump's own words, "We're demanding an end to the shadowbanning, a stop to the silencing, and a stop to the blacklisting, banishing and canceling that you know so well,"

The lawsuits allege that Facebook, Google, and Twitter violated the rights of the former president under the First Amendment when they banned Trump's accounts on the said platforms. Furthermore, the Trump camp argued that Facebook, specifically, should no longer be classified as a private company but rather a so-called "state actor.'

This could mean that Facebook would then have its actions restricted according to the First Amendment's provisions on restricting free speech if the lawsuits push through.

Read also: Facebook Plans to Forcibly Change Your Profile-This is F.B.'s Warning to Those Violating Its Rules and Regulations

Trump and His Social Media 'Battles'

For those who are still unaware, the former U.S. president was implicated in the Capitol Hill insurrection last Jan. 6, with many claiming that Trump allegedly encouraged the attack. It's also worth noting that Trump is also extremely active on social media, particularly on Twitter and Facebook, where millions of his followers are.

But his camp singling out Facebook in the lawsuits is a little out of the way, considering he's not as active there as on Twitter.

The former president is banned from Twitter for life, and it is not known whether he can be reinstated there, writes TechCrunch.

If Trump wins, then the aforementioned social media companies will need to fork over "compensatory and punitive damages."

As previously mentioned, the Facebook ban on Donald Trump is only temporary. In fact, the ban might actually be rescinded a lot quicker than expected since the company is now deliberating on it via the Facebook Oversight Board. As for Google, they commented that the former president does have a chance to return, provided they determine that the "risk for violence has decreased," writes CNET.

For now, Trump had to resort to other options to share his statements, such as a WordPress blog. The blog was launched last May 4 and was his way of voicing out his opinions to the public. But just 29 days after it started, Trump's WordPress blog was closed down due to a severe lack of readers.

Related: Donald Trump 'Social Media' App: Things You Should Know About the 'Game-Changer'

Donald Trump 'Social Media' App: Things You Should Know About the 'Game-Changer'

Trump Shuts Down 'Social Media' a.k.a. Wordpress Blog Due to Lack of Readers