Trump Shuts Down 'Social Media' a.k.a. Wordpress Blog Due to Lack of Readers

Former President Donald Trump has shut down his social media platform, also known as the WordPress blog site called "From the Desk of Donald J. Trump," due to a lack of leadership and engagement. A known Trump aide and an anonymous one have both confirmed that the former POTUS will not return anytime soon to creating his platform. 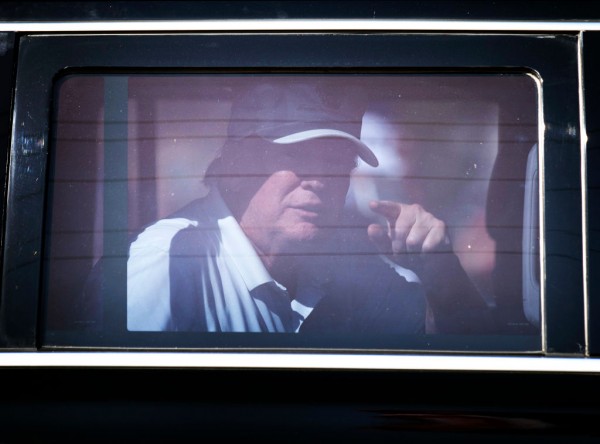 (Photo : Joe Raedle/Getty Images)
WEST PALM BEACH, FLORIDA - FEBRUARY 15: Former President Donald Trump reacts as he is driven past supporters on February 15, 2021 in West Palm Beach, Florida. The rally participants lined the street on President's Day to show support for him after his 2020 election loss to President Joe Biden.

From being launched last May 4 as an attempt to get a platform to voice out his opinions to the public, Trump has now shut down his blog site just 29 days since its establishment. The attempt to regain a platform was due to the former president's ban from Facebook, Twitter, and Instagram after his term in the oval office.

Initially, Trump's appeal from those social media platforms has been barred by the companies for another six months, meaning that the next deliberation would not happen for another half year. "From the Desk of Donald J. Trump" was supposed to be the platform that is the next big thing for the businessman, but that seems to not have worked for him.

While there is nothing wrong in owning a blog site, it became a subject for mockery against the 45th US President, especially as he was cast out of social media for the sharing of misinformation he has done before. Moreover, Facebook and Twitter's ban of Trump has almost reached its half-year mark, as it was observed last Jan. 8.

The WordPress blog site of Donald Trump is now unavailable, and access to it will only lead users to a website of the former president under his name and domain, but without all the posts initially seen there. Earlier on May 25, Trump has said in his blog "I was right," about the resurfacing theories on COVID-19 coming from a Wuhan bio lab, and was humanmade.

However, come June, the blog reached its end of days and has ceased to exist, only as a memorabilia for the former president, and his attempt to get a platform back and express himself online.

Trump Is Not Returning to the Online Platform Anytime Soon

According to Twitter's blog post, Donald Trump is permanently banned from the platform due to grounds of violating the community guidelines and inciting violence on the short word social media. While Trump's words did not say anything about being violent, Twitter argued that it may come off as a call to spark chaos or an unwanted event.

Moreover, according to the report of the Washington Post, an anonymous Trump aide has shared that the former president is not returning anytime soon, to create a platform for himself, like the now down the blog.