A team of researchers based in China managed to apply the practices that go into making passive-cooling building materials into textiles, writes ArsTechnica. According to the report, the passive cooling fabric they developed can keep a wearer around 3º cooler than they are. 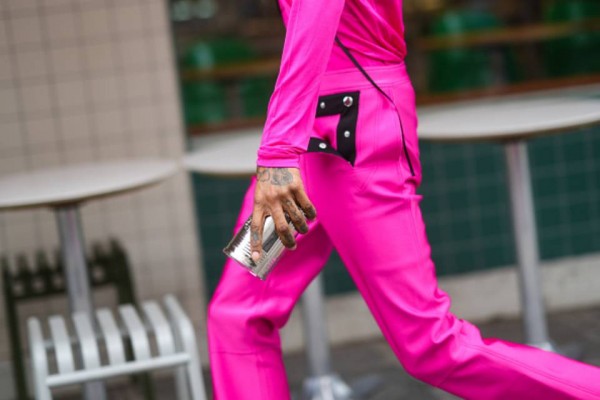 They managed to achieve the amazing feat by leveraging the science of heat transfer. According to the report, the team designed the passive cooling fabric to reflect as much incoming light as it can, which keeps stray photons (light particles) away from the person wearing the fabric. And in science, photons get absorbed by anything under direct light. Once absorbed into a material, the photons get converted to heat.

To make the passive cooling fabric reflective, the researchers took a substance called titanium dioxide powder. This chemical is used to turn a lot of things white, like paint. But since they can't just apply a coat of the powder on a sheet of textile to begin with, they took extremely tiny particles of the powder and painstakingly embedded them within the fibers of the fabric.

Once that is finished, the team coated the textile with polytetrafluoroethylene, which effectively reflects UV light. The result is a true passive cooling fabric that, when used on a shirt, can literally cool a person down when it's hot out. All without embedding a fan or some sort of mechanical cooling device while also keeping the fabric extremely wearable and washable.

In the future, technology like these could be a godsend since global warming has raised temperatures around the world by an astounding amount during the past several hundred years.

Of course, the team based in China isn't the first to think of ways to develop passive cooling fabric. A group of engineers from the Massachusetts Institute of Technology (MIT) also developed their own version of it, and it can also be made using recycled plastic bags, writes SciTechDaily.

But unlike the project of the China-based research team, the folks from MIT relied on the human body's built-in cooling system: sweat. In their version of the tech, they spun a material called polyethylene into fibers, which were then woven into fabrics. The polyethylene material proved exceptional at wicking away sweat and moisture, which then kept the wearer passively cooled.

This seems to be a far more advantageous way of doing it, since it uses recycled plastic to make the garments. Since plastic pollution (especially in the ocean) is the world's biggest waste problem, then making self-cooling clothes out of the material could be a surefire way of reducing overall plastic waste.

Both technologies are still not considered commercially viable, and thus not out yet for public use. But when they do officially get launched, then perhaps the immediate effect of global warming will be a little easier to handle.

Nature Itself Reeks With Signs Of Global Warming