The U.S. Air Force is pretty busy with its defense technologies. Right now, it is working on a new system that can use Earth's magnetic field to navigate jets and other military mobiles. 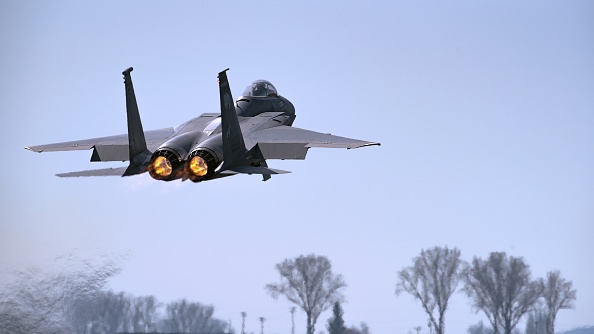 The military agency confirmed that it is preparing to test a new pod-based positioning system that should replace satellite-based GPS in an emergency. However, this innovation will be quite different than the current satellite-based GPS.

Instead of relying on aerial navigation mapping, the new system will rely on ground-based image mapping. If it becomes successful, it will be essential since space satellites usually become unavailable because of bad weather.

As of the moment, PNT or Satellite-Based Position, Navigation, and Timing are one of the most reliable technology when it comes to guiding jets and land and water mobiles. These include Russian GLONASS, European Galileo, the American GPS, and the Chinese Beido.

Will US Air Force Ditch PNT?

According to Popular Mechanics' latest report, the U.S. Air Force did not confirm if its new system will replace the current PNT used by various military authorities. PNT is still essential since it allows tank units to identify their position on the battlefield. 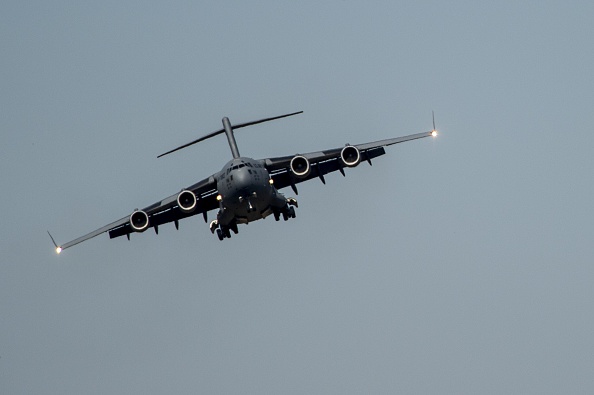 (Photo : Photo via Smith Collection/Gado/Getty Images)
A US Air Force C-17 Globemaster III puts its wheels down as it comes in to land on the flightline at Fort Campbell, Kentucky, October 6, 2016. Joint Base Charleston C-17 Globemaster III's evacuated to Fort Campbell so they can continue their mission of rapid global mobility during Hurricane Matthew. Image courtesy Staff Sgt. Corey Hook/U.S. Air Force.

Also Read: US Navy's Next-Gen Amphibious Ship Could Camouflage? Can Blend In With Normal Fishing Boats and Other Features

Aside from this, PNT also allows U.S. missiles to strike targets with unprecedented precision accuracy, as well as warplanes to steer their way around known enemy air defenses. Right now, more than 30 American GPS satellites provide PNT services around the world, and U.S. forces have become heavily dependent on them in peacetime.

But, once the new system arrives, navigating jets would be easier and smoother. The U.S. Air Force explained that Earth's geomagnetic field is an invisible field generated by the planet's core and crust. The military agency added that it is also mappable by detecting local variations in intensity and direction.

Unlike satellite-based GPS, the new system can't be shut down by enemy forces easily. Once it is complete, it could benefit the current U.S. F-35 fighter jets and other advanced defense aircraft.

U.S. Air Force Is Also Working On A New A.I.

Aside from the new navigation system, the U.S. Air Force is also working on new artificial intelligence to assist with scheduling aircrews.

The military agency said that around 7,600 airmen will use the new A.I. once it is released in actual operations.

"Being a scheduler is an additional duty on top of an airman's main job, such as being a pilot," said Capt. Ronisha Carter, a Cyberspace Operations officer, via MIT News.

"What we want is for a scheduler to click a button, and an optimal schedule is created," he added.

For more news updates about the U.S. Air Force and its upcoming technologies, always keep your tabs open here at TechTimes.