‘The Witcher’ Season 2 to Premiere in December: How the Netflix Show Differs from the Video Game

"The Witcher" is set to premiere its second season on Netflix by the end of this year. The series has also just dropped the first trailer for the season.

Season two is scheduled for release on December 17 after a much-delayed filming process. Production for the season wrapped up in April.

"The Witcher" may be more commonly known as a video game series, but the Netflix series itself is based on the original book series that was written by Polish writer Andrzej Sapkowski. 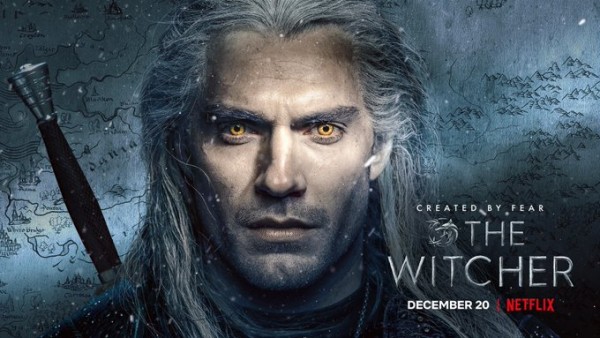 "The Witcher" season two will see its main character, Geralt of Rivia (played by Henry Cavill), finally uniting with Princess Cirilla, who is played by Freya Allan.

According to The Verge, the story of the second season "will see the two travel to Kaer Morhen, the mountain fortress of the witchers where Geralt was trained." Princess Cirilla, otherwise known as Ciri, will undergo the same training herself in order to become a Witcher.

The showrunner of the series, Lauren Schmidt Hissrich, has previously said that the second season will focus on the story of "Blood of Elves," the third novel in the book series.

Related Article: 'The Witcher 3: The Wild Hunt' Video Game vs. Netflix Series: Which is Better?

From a book series to a video game series and now to a Netflix series, "The Witcher" is seen across many media platforms that fans can enjoy. Each version of the story is different in some ways from the other. Fans have been able to see the differences, especially between the Netflix series and the video games.

According to Screen Rant, one of the noticeable differences is the diversified cast of "The Witcher" Netflix series. In the video games, "almost every single person is white."

The story of Geralt's early years is also different in the Netflix series and in the games. Geralt is abandoned as an infant in the "Witcher" games while in the TV show, he is a couple of years older.

Another difference between the two is Dandelion, who is known as Jaskier in the Netflix series. Jaskier also has a different personality in the show compared to in the games. This kind of change is also seen with Triss, minus the change in name.

Other differences between the Netflix series and the video game trilogy include Renfri's story, Ciri's knowledge about the Witchers (which is pretty much non-existent in the TV show), and the general order of events.

"The Witcher" fans have a lot to be grateful for for the Netflix series since its video game trilogy has already come to an end. The trilogy was developed and published by CD Projekt.

The first game in the trilogy came out in 2007 and was playable on Microsoft Windows and OS X. The second game, "The Witcher 2: Assassins of Kings," followed in 2011. The third game that concluded the trilogy, "The Witcher 3: The Wild Hunt" was released in 2015.

Expansion packs were released for the Xbox One and PlayStation 4 versions of "The Witcher 3." A spin-off game called "Thronebreaker: The Witcher Tales" was released in 2018.

'The Witcher 3: The Wild Hunt' Video Game vs. Netflix Series: Which is Better?

All 16 'The Witcher 3: Wild Hunt' Free DLCs Now Available For Xbox One, PS4 And PC

'The Witcher 3' Beginner's Guide: 5 Tips For The Start Of Your New Game

The Witcher Season 2 Top Predictions, Spoilers, Plus Everything You Need to Know