Richard Branson's jaunt to space will have to wait a little longer. 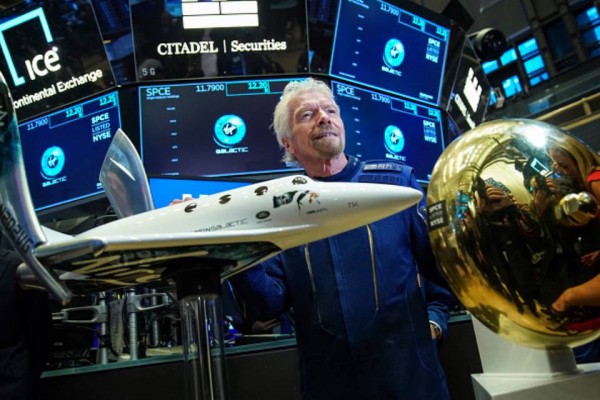 The billionaire's flight on his Virgin Galactic spacecraft just experienced a slight delay. According to The Wall Street Journal, Branson's departure is now set at 10:30 A.M. ET from the original launch of 9:00 A.M. ET. The reason is inclement weather at the launch facility in New Mexico.

When the time comes, a plane will carry the VSS Unity spacecraft from the Spaceport America facility to the skies around 8.5 miles above the Earth's surface. And from there, the VSS Unity spacecraft will turn on its engines and rocket to a maximum altitude of about 50 miles, which is what the US considers the end of Earth's atmosphere and the start of outer space.

Richard Branson and five others aboard the Unity spacecraft will experience microgravity at those altitudes for a few minutes before descending in a typical runway landing style.

Space.com reports that Virgin Galactic is live-streaming the launch via a webcast by Stephen Colbert of The Late Show for those interested in seeing the mission unfold. It can also be watched on the company's official YouTube page (look for the blue checkmark beside the name) and their website.

Richard Branson: In The Face of Space Flight's Risks

Branson likely already knows about the potential risks of the mere act of trying to leave Earth's atmosphere in a rocket. But there's a good chance that the normal people won't. 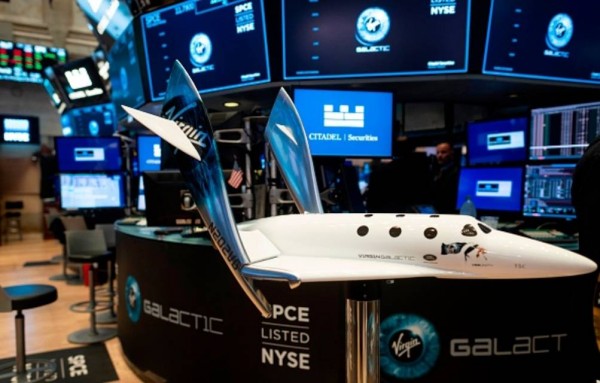 (Photo : JOHANNES EISELE/AFP via Getty Images)
A model of a Virgin Galactic SpaceShipTwo is seen on floor during the company's first day of trading on the New York Stock Exchange (NYSE) on October 28, 2019 in New York City.

The spacecraft carrying Branson and his companions also already got a favorable head start because it's taking off at a high enough altitude where gravity isn't as strong as it is on the ground. But that doesn't mean there's less danger involved.

For one, the human body will go under an immense amount of stress as the rocket tries to escape Earth's gravity: as much as 17,000 miles per hour's worth of orbital velocity. Mind you, not even far younger astronauts with years of training find that easy. Furthermore, Richard Branson might've established Virgin Galactic 17 years ago, but the company's spacecraft are more or less unproven in crewed flights.

Mission Success Could Usher In A New Age

Should Branson's mission succeed, then it would bring about the age of commercial space tourism. Sure, it's got Virgin Galactic stock tripling, according to a recent report by Barron's. But that's not the only positive thing to come from the mission.

What this means is that you won't need to be a professional astronaut to be able to go to space anymore. All you have to do is pay a fee (right now, it's still far out of reach for the commoner), and you'll be able to be a lot closer to the stars than most folks will ever get. It could also mean the beginning of another multi-billion-dollar industry in the foreseeable future.