Virgin Galactic's CEO already reached outer space successfully. But, before he achieved this amazing feat, he decided to reach the Unity 22 launch site using a mode of transportation that is unusual for billionaires. 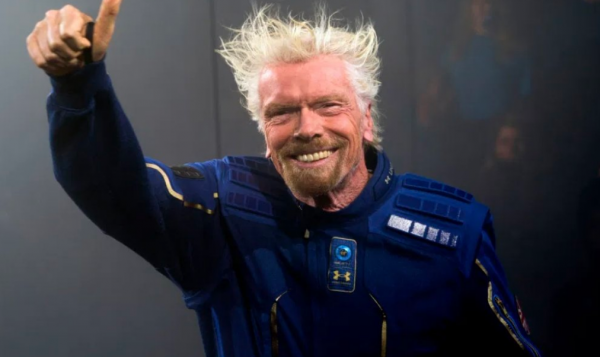 So annoyed/infuriated by the “race to space” between #richardbranson #elonmusk and #JeffBezos - we get it, they are STUPID rich. Impress me by putting money into fixing the Flint water issue, donating millions to US food banks, & homeless shelters. Or many other worthy causes!

He was caught riding only a bike to reach the area before the space flight. However, to keep him safe, his bodyguards in Range Rovers were still beside him. On the other hand, Virgin Galactic also documented the happening.

If you want to see the actual video, all you need to do is click this link. In the released footage, he was seen moving past the headquarters and pulling up to the launch area of VSS Unity, the aircraft that delivered him to outer space.

On the other hand, he had to pedal around 55 miles or 88 kilometers north of Las Cruces, New Mexico.

"The name's Branson, Sir Richard Branson. Astronaut 001 with a license to thrill," he said before he signed the flight logbook of Virgin Galactic.

According to Space.Com's latest report, Virgin Galactic's CEO parked his bike carefully after arriving in the Unity 22 launch area. After that, one of the space agency's staff took it away from him. 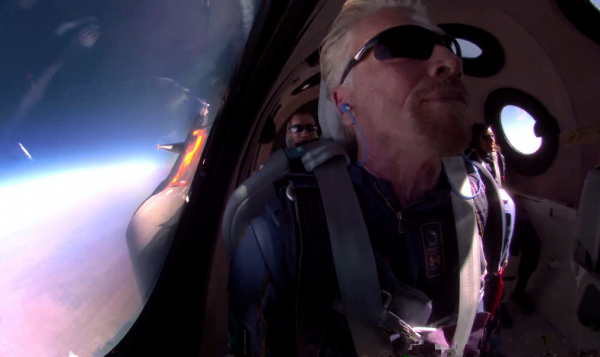 I have dreamt about this moment since I was a child, but going to space was more magical than I ever imagined https://t.co/Wyzj0nOBgX #Unity22 @virgingalactic pic.twitter.com/grs7vHAzca

Richard Branson and other space agency employees were also seen hugging each other, together with the Unity 22. These include Colin Bennett, Virgin Galactic lead operations engineer, Beth Moses, Virgin Galactic's chief astronaut instructor, and Sirisha Bandla, the vice president of government affairs and research operations at the company.

However, he did not confirm if his recent biking is also a part of his physical conditioning. Although this is the case, it is still amazing to see a 70-year-old man doing heavy physical activity.

This happened on Sunday morning, July 11. The space activity is meant to test Virgin Galactic's air-launched aircraft so that future space passengers could be safe. On the other hand, the giant space company also confirmed that it would start launching interested customers this coming 2022.

However, not everyone will be able to afford it since one seat could cost more than $250,000.

For more news updates about Virgin Galactic and other giant space companies, always keep your tabs open here at TechTimes.