'Red Dead Redemption 2' Is A Good Game To Learn About Animals From, Says Academics [VIDEO]

"Red Dead Redemption 2" is still making headlines for its insane level of detail, even if it's been almost three years after it launched. 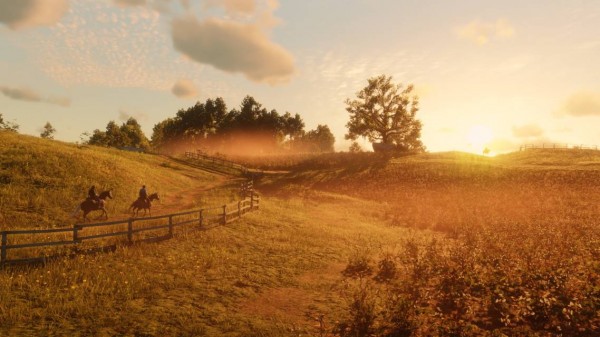 According to several academics (biology teachers, to be specific) from the University of Exeter and Truro College in England, "Red Dead Redemption 2" offers a surprisingly accurate take on the behavior of animals in the wild, writes PC Gamer. And that, they think, proves the game's value as an educational tool.

The academics conducted a study involving over 586 people (444 of which played the game), who were asked to name specific animals they might've seen in the game. To remove some sort of obvious bias, the research omitted animals like bears and wolves (called "charismatic megafauna"). They focused on others like the steelhead trout and egret.

All of the participants had to identify 15 different species of animals from real photographs, then say if they saw them in "Red Dead Redemption 2." And as per a report by GamingSym, 10 out of 15 animals were correctly identified on average by those who have played the game. As for the folks who didn't play, their identification skills didn't compare.

Furthermore, those who took the "naturalist" role or finished the game's main story fared exceptionally better compared to other people involved in the study. For those who might be interested, you can check out the study published in the British Ecological Society website.

'Red Dead Redemption 2' And Its Insane Attention to Detail

Sure, Rockstar Games isn't really a studio that you'd think of when it comes to games being used as educational tools. But what they did with the incomprehensible level of detail in their latest Wild West masterpiece is amazing.

Here's a perfect example. In this Reddit post, two bucks' antlers get tangled while sparring. The winner lives, the loser dies. But the winner isn't exactly victorious because he won't be able to get rid of his rival's corpse. When this happens in the wild, the winning buck will literally starve to death.

However, there's just so much detail about the animals in Rockstar Games' latest AAA masterpiece to fit in this post. You can take a look at this YouTube video if you're interested.

Games As A Teaching Tool

"Red Dead Redemption 2" is far from the only one that uses its game world to teach. "Assassin's Creed Origins" introduced Discovery Tour back in 2017, which offered players a way to study the world of Ancient Egypt without any danger. Ubisoft even hired actual academics to advise while creating the game mode, something they've done to the latest games in the aforementioned series.

Video games have far outlived their prior reputation of "teaching kids to be violent." Today, the medium is now known for putting extremely important stories into the spotlight, which would've been left in the dark in any non-interactive medium like a news program or a film.

Related: People are Using Red Dead Redemption 2 to Have Work Meetings For Those Who Work From Home