AT&T's Unlimited Elite plan removed its data cap that hinders users from using the full extent of their internet connection once they use up their allocation in their postpaid plan. That change is a massive step, especially as it would continue to provide the same connection. Moreover, AT&T is upgrading the postpaid's bundle with 10 GB more of its mobile data hotspot.

Users of the Unlimited Elite should be rejoicing with this news by now, especially as it ensures that their usage would not get interrupted by anything, but would only face the excess charges of their monthly bills. 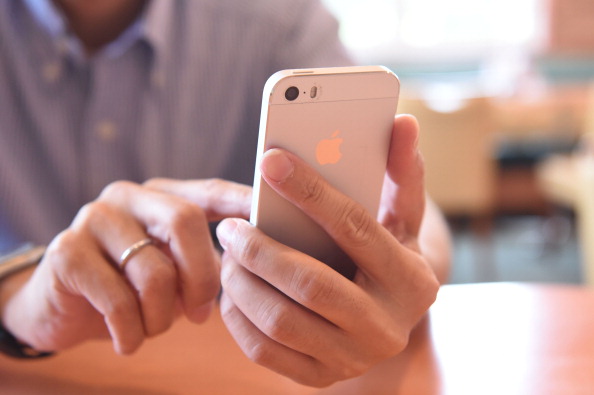 (Photo : Atsushi Tomura/Getty Images)
A man uses his smartphone on July 16, 2014 in Tokyo, Japan. Only 53.5% of Japanese owned smartphones in March, according to a white paper released by the Ministry of Communications on July 15, 2014. The survey of a thousand participants each from Japan, the U.S., Britain, France, South Korea and Singapore, demonstrated that Japan had the fewest rate of the six.

In the recent announcement of AT&T, the company is "making our best wireless plan even better," as the most expensive postpaid bundle in their lineup is getting an upgrade that would empower users more.

Internet and cellular network providers are notorious for cutting speeds to almost nothing when reaching their monthly cap, but that is to change on AT&T.

The company said that everyone under the Unlimited Elite plan would benefit from this upgrade, and would not be limited to a certain plan or bundle under its bracket.

What is great about the removal of the data cap is that users may continue to use the full strength of their data allocation despite using them up, and it would be a massive help especially in situations where it is of dire need.

AT&T, Verizon, and other network service providers are looking into the change for 5G and are leaving behind the 3G cellular connection, and this upgrade is a massive treat for users.

What Comes with the New Unlimited Elite Plan?

The network provider would add 4K Ultra High Definition for its playback on videos that are streamed online, allowing the data connection to stream the modern resolution for videos. Apart from that, AT&T is upgrading its mobile data hotspot allocation from 30 GB to 40 GB of usage to share the internet and use it for a user's specific needs.

ActiveArmor security is also included in the plan, and it aims to protect users from different threats or breaches. AT&T was once caught in the "Robocalls" issue that the FCC is already blocking.

The plan already includes 5G connectivity, which would mean that there are no more further needs for an upgrade to experience the next-generation cellular data connection, says AT&T.

According to Mac Rumors, users initially faced a slowing down of data connection, especially on peak hours when they have used up all their allocation.

When will this be Observed?

AT&T said that within this week, users of the Unlimited Elite would receive a text from the company which would confirm that they are in the upgraded version of their plan.