Fast-Moving Solar Storm Could Hit Earth On July 13, According to NASA; Mobile Signals Might Be Interrupted [ALERT]

The solar storm will come on July 13 according to the National Aeronautics and Space Administration (NASA). At 1.6 million kilometers per hour, the geomagnetic storm will hit the Earth at any time.

During the event, mobile signals will be interrupted.

Where Does a Solar Storm Come From? 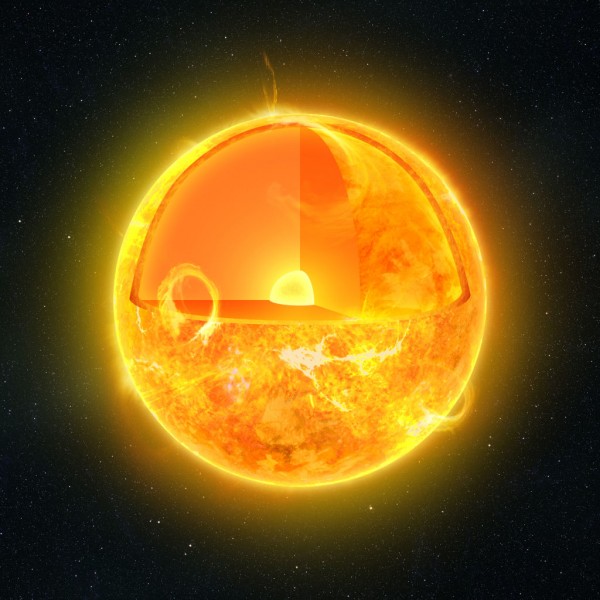 (Photo : Illustration by Tobias Roetsch/Future Publishing via Getty Images)
Cutaway illustration of the Sun, showing layers including the corona, photosphere and chromosphere, created on January 14, 2019.

According to Firstpost on Monday, July 12, the massive storm is projected to land on the planet earlier this week. The strong magnetic field brought by the Earth would be affected during the phenomenon. The solar storm is said to come from the Sun's atmosphere.

For those who are not aware of its effect, the event can have a great impact on the communication systems on the planet. Most likely, your mobile signals will be interrupted, as well as the GPS and satellite TV.

Overall, it will hit the communication networks that we are currently using.

From Spaceweather.com's post, the warning says that a "high-speed stream of solar wind" will arrive on Earth on Tuesday, July 13.

Now that we have been cautioned ahead, expect that in the next few hours, there will be some changes in the signals that we will experience soon.

Read Also: Massive Holes On The Sun Trigger Solar Storm, But There's No Need To Worry

What Exactly Is a Solar Storm?

From an article written by Livemint, a solar storm hails from the Sun's atmosphere. Imagine something that is composed of charged particles. That's how a solar storm looks at first glance.

In addition, there is also an 11-year cycle that happens among the solar winds. This causes some changes in the magnetic field of the sun, mainly in its polarity.

During the event, the magnetic forces could penetrate through it, which could spark solar storms. This also ejects the plasma coming from the sun into the open space.

How Dangerous is a Solar Storm

One of the most popular geomagnetic storms that happened is the Carrington Event in 1859. The massive damages in the United States alone reached between $0.6 and $2.6 trillion. It also set the offices on Fire across Europe where several telegraph lines have been wrecked as well.

While the approaching solar storm might have been weaker than the famed Carrington solar storm, it could still potentially bring billions or trillions of damage to people in terms of interruption of power transmission.

Forecasting the event in advance will help people to prepare ahead. For the part of the government, safeguarding the power grids and satellites will be the utmost priority for the phenomenon.