DOGE crypto (Dogecoin) is considered one of the oldest digital currencies in the market. At first, the crypto just started as a joke since its appearance contains the popular meme dog Shibu Inu. However, it attracted a lot of consumers, which even lead to its loyal community. 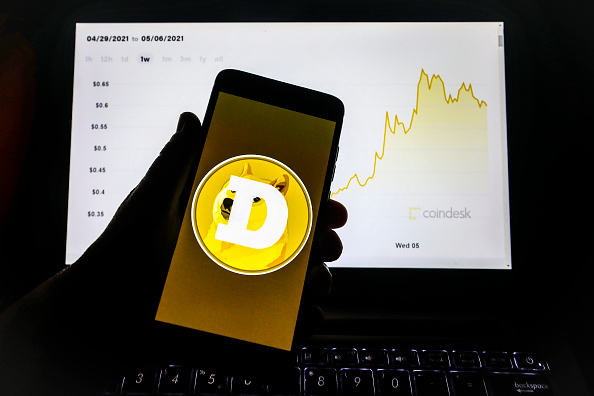 (Photo : Photo by Beata Zawrzel/NurPhoto via Getty Images)
Dogecoin logo is displayed on a mobile phone screen photographed for illustration photo. Gliwice, Poland on May 6, 2021. Dogecoin, the meme cryptocurrency styled after an internet-famous Shiba Inu that was launched as a joke in 2013, is now worth more than the Ford motor company, BP or Tesco.

Dogecoin was created by Billy Markus, a talented programmer from Portland, Oregon. He developed the popular digital currency way back in December 2013.

After it became popular on the internet, the original plan of its developer was to limit DOGE crypto to 100 billion coins. However, since the demand is getting higher, Dogecoins now has no limit.

On the other hand, some critics claimed that one of the greatest advantages of Dogecoin compared to other digital currencies is that it is passionate when it comes to the community, which is seen in the charities it has raised to help people.

Aside from this, it was also promoted by one of the most popular tech CEOs in the industry, Elon Musk.

According to 99Bitcoins' latest report, Elon Musk's favorite DOGE crypto is easy to purchase. All you have to do is follow these simple steps: 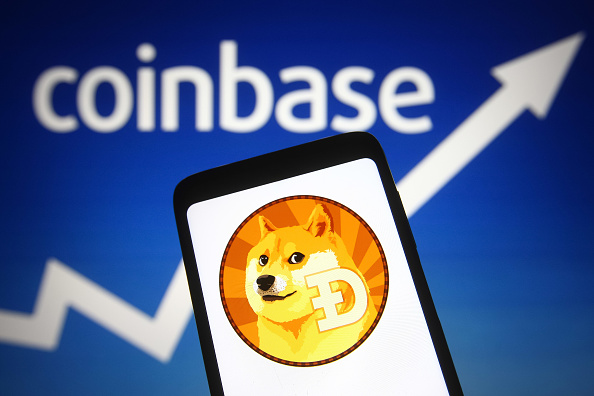 (Photo : Photo Illustration by Pavlo Gonchar/SOPA Images/LightRocket via Getty Images)
In this photo illustration a Dogecoin cryptocurrency logo is seen on a smartphone screen with a Coinbase logo in the background.

Aside from the mentioned details above, experts also confirmed that people can mine DOGE crypto since it has a blockchain maintained by a mining system. But, it is still quite different from BTC and other cryptocurrencies.

Dogecoin uses the so-called Scrypt, which is different from SHA-256, the one used on Bitcoin. Scrypt is designed specifically to be ASIC-resistant. However, ASIC manufacturers were able to find theirs around the digital currency's mining system. Because of these, interested miners will only find DOGE mining profitable if they are doing it with other ASIC miners.

Analytics Insight reported that DOGE crypto is growing. Experts confirmed that the popular crypto was able to improve its value by 4.98% on June 28.

In the first weeks of June, Dogecoin's price has increased by 20%. This means that its 31-cent value has improved to 40-cent. Its largest value increase happened when Elon Musk promoted Dogecoin in his official Twitter account.

For more news updates about DOGE and other popular cryptocurrencies, always keep your tabs open here at TechTimes.