Charger problems plague every electronic device, especially if they get quite old. But with this recent scientific discovery, maybe you won't need one anymore. 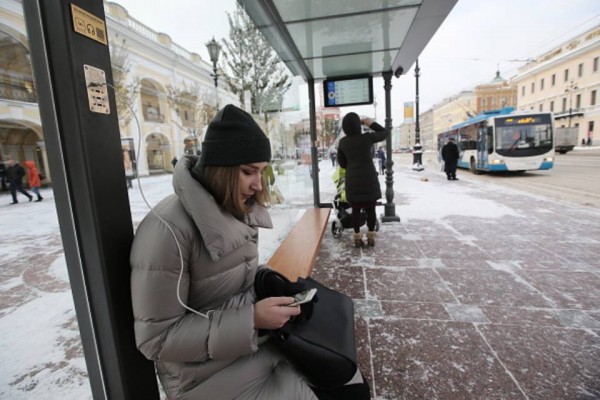 (Photo : Peter Kovalev\TASS via Getty Images)
ST PETERSBURG, RUSSIA - NOVEMBER 11, 2016: A passenger charging her smartphone at an innovative bus shelter in Nevsky Prospekt Street. The bus stop is fitted with free Wi-Fi and USB mobile phone charging points and also has an electronic information board that provides bus timings.

A team of researchers from the University of San Diego claim to have developed a way to charge electronic devices such as smartphones using the human body, writes The Independent. Yes, you read that right: they managed to charge up a device using nothing but bodily energy.

They achieved this by developing a special strip and attaching it to the skin, which then uses sweat to produce electricity. Apparently, the electricity made from this tech is enough to charge a typical electronic device like a phone or a tablet. Furthermore, the pressure from finger presses that occur when typing on the touch screen can also provide additional juice.

University of San Diego School of Engineering professor Joseph Wang, one of the members of the team, says that the tech can be implemented in almost any daily activity where people use touch (which is almost everything). This could be as simple as eating lunch, watching TV, and playing video games. The foremost goal of the tech is for people always to have their devices working and fully charged, all without having to think about plugging it into a charger.

In this era of "fast chargers" that cost a couple of hundred bucks, this could be a lifesaver, especially for those who travel a lot and can't always have access to a wall outlet.

Charger No Longer Needed, Because Your Body is One

The human body is an amazing biologically based machine. Just from this fact alone, it means that it contains a lot of usable energy. Basically, your body is one big battery, and scientists have long been trying to harness that power, according to The Verge. 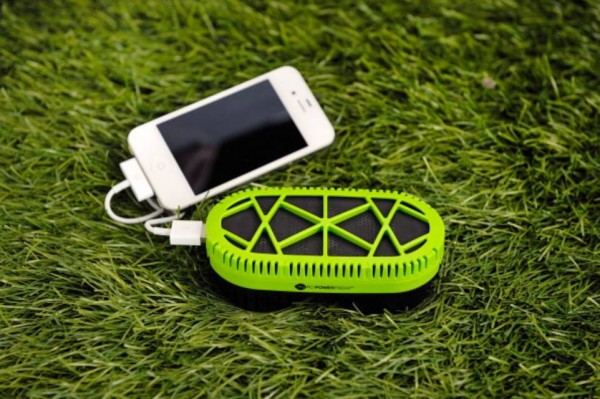 (Photo : Simon Lees/Tap Magazine via Getty Images)
An iPhone 4S connected to a myFC PowerTrekk hydrogen-based charger, taken on May 1, 2013.

A smartphone charger, even a modern one, tends to be finicky at its worst. On the other hand, batteries are also the bottleneck of every electronic device. Any gadget can be judged by how good its power source is. As a result, many scientists have proposed solutions similar to what the UC San Diego team did: a way to power things up without the need for an internal battery.

Should this type of technology get perfected, then the days of smartphones exploding like the Samsung S10 5G would be a thing of the distant past.

Not The First Time

Of course, this isn't the first time that the human body has been used to replace smartphone chargers.

According to a Futurism report, a team from the University at Buffalo and the Chinese Academy of Science did the same around three years ago. Their tech, however, mostly relied on friction and static electricity rather than sweat. In layman's terms, they managed to make a charger that powers up a smartphone by merely moving the fingers.

A future where you don't need to worry about packing a charger? Sign us up!

Brazil Issues $2M Fine to Apple for Not Including Chargers, Tech Giant Faces Lawsuit in Quebec