China is planning a rocket launch targeting an asteroid with a slim chance of hitting Earth.

The planned rocket launch will make use of more than 20 of China's Long March 5 rockets to divert an asteroid named Bennu away from the planet. Specifically, scientists plan to use the rockets to push Bennu 6,000 off a fatal course.

Scientists believe that a collision between Earth and Bennu will be cataclysmic.

China Rocket Launch vs Bennu: What is Bennu 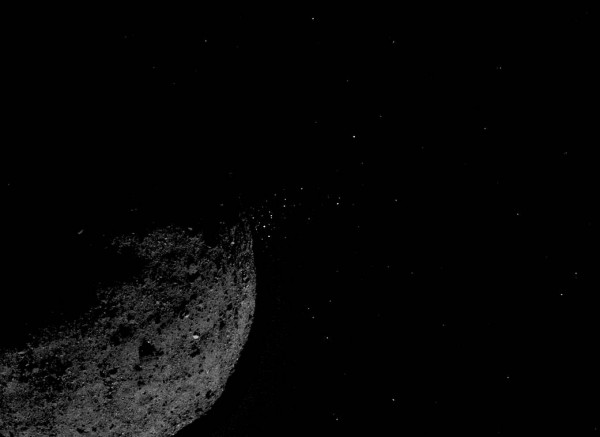 (Photo : NASA/Goddard/University of Arizona/Lockheed Martin)
Touching Down on Asteroid Bennu

China's planned rocket launch is aiming for Bennu, a B-type asteroid whose width is the same as the height of the Empire State Building. A B-type asteroid is an asteroid that "contains a lot of carbon in and along with its various minerals," according to the National Aeronautics and Space Administration (NASA).

Bennu weighs 85.5 million tons and scientists estimate that it was first formed around 4.5 billion years ago. It's made up of rocky debris that have been pushed together by gravity, making it an asteroid classified as a "rubble pile," per NASA.

According to Space, Bennu can reach within 4.6 million miles of the Earth's orbit between the years 2175 and 2199. NASA previously launched a mission using a spacecraft called OSIRIS-Rex to collect samples from the asteroid.

How Much Damage Bennu Can Do to Earth

What are the odds that Bennu can hit the planet? Slim. Odds stand at 1 in 2,700, but a collision between Bennu and Earth will yield more damage than the atomic bomb dropped on Hiroshima.

Per Space, "the estimated kinetic energy of Bennu's impact with Earth is 1,200 megatons." That estimate is around 80,000 times more than that of the Hiroshima atomic bomb.

According to Mingtao Li, a space science engineer of the National Space Science Center in China, "Asteroid impacts pose a major threat to all life on Earth." He also pointed out that it is "critical" to divert the asteroid to avoid any threats to the planet.

Related Article: Asteroid Bennu Might Hit Earth, But It Won't Destroy It

China's planned rocket launch is set to divert Bennu away by a distance that is roughly around 1.4 times the Earth's radius. The scientists are hoping this method could work instead of using riskier means, such as nuking the asteroid. Destroying it will result in smaller pieces that can still come into collision with Earth.

This is the same type of rocket that has been used by China to make deliveries to the country's under-construction space station. It was also used in China's probes on the moon and Mars.

Also Read: NASA's OSIRIS-Rex Mission: Bennu Asteroid Seems to Have Cavities, Might Be Close to Its Death

Launch of China Heavy Rocket a success; Continues its Roadmap to Moon & Beyond

NASA's OSIRIS-Rex Mission: Bennu Asteroid Seems to Have Cavities, Might Be Close to Its Death

Asteroid Bennu Might Hit Earth, But It Won't Destroy It