NASA Juno has picked up radio emissions from Jupiter's volcanic moon known as "Io," and it is something which gives extensive knowledge on the planet, as it provides new information. This new information is key to getting to know the largest planet in the Solar System, as well as its state as a gas giant, which is an entirely different one from the Earth.

Earlier last June, the Juno spacecraft has released one of the very rare photos of Jupiter's largest moon, Ganymede, which can only be done by its fly-by mission to the cosmic body. 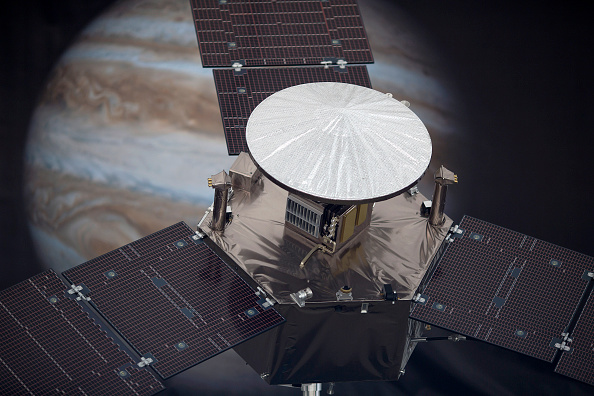 (Photo : Photo by David McNew/Getty Images)
PASADENA, CA - JUNE 30: A 1/4 scale model of the Juno spacecraft is displayed as NASA officials and the public look forward to the Independence Day arrival of the the Juno spacecraft to Jupiter, at JPL on June 30, 2016 in Pasadena, California. After having traveling nearly 1.8 billion miles over the past five years, the NASA Juno spacecraft will arrival to Jupiter on the Fourth of July to go enter orbit and gather data to study the enigmas beneath the cloud tops of Jupiter.

In recent developments, NASA has released new information about Jupiter earlier today, and it focuses on its other moon, known for its volcanic state, "Io." This particular natural satellite is one of Jupiter's many moons, but is certainly one of its most peculiar ones, especially as it has a surface that resembles that of a volcano, unlike the traditional ones.

Here, the reconnaissance spacecraft has also captured radio emissions from Io, which is something of a discovery for NASA, bringing new knowledge for humans about space.

NASA calls this "Jovian Radio," and this was recorded by Juno, and is now a feat to marvel at, as it provides a spectacle of different frequencies, as observed by the space agency.

Jupiter is known to have a massive magnetic field, which is incomparable to what we have, and this affects its moons, as well as everything around it. That being said, Juno's discovery has helped to reveal more of Jupiter, as NASA's scientists would look more into these gathered materials. 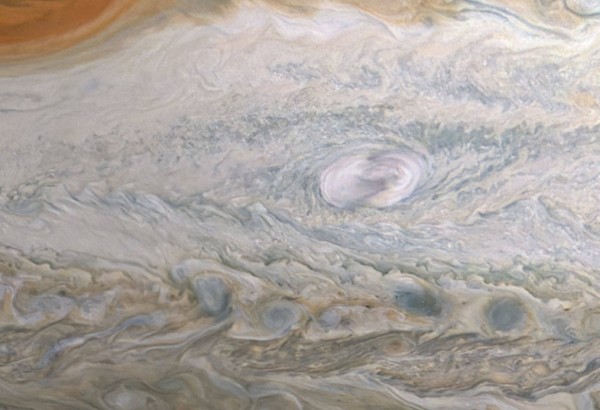 Jupiter has an ice-moon known as Ganymede, and it is one of the focuses of the Juno spacecraft as it upholds its orbital reconnaissance towards the gas giant. Here, the JunoCam has captured animation of Jupiter and Ganymede, as they interact with each other.

And while it somehow shows a resemblance from Earth's interaction with the Moon, there are still massive differences, as Jupiter has a different structure being a gas giant.

And while the researchers are more into marveling about Ganymede, Io comes in with its radio emissions that gave humans more things to study, and get to know about its neighbor.

NASA Jupiter Mission: Why is It Important?

Nasa's Jupiter mission was launched to learn more about the fifth and largest planet in the Solar System, aiming to explain the phenomenon behind its structure as a gas giant, different from the rocky planets. Moreover, it gives an insight into what is around us, especially in the same galaxy that one belongs in.

The space agency hopes to learn more and be able to explain to people what our neighbors are like, hence the missions towards Venus, Mars, Jupiter, among others.

Related Article: NASA TV to Show the Port Relocation of its Crew Dragon Endeavour to Prepare for the Arrival of CST-100 Starlink