Didi, the Chinese version of popular ride-hailing service Uber is facing controversies over its suspicious data collection among its customers. The authorities from the government have visited Didi's branches to run a cybersecurity assessment. 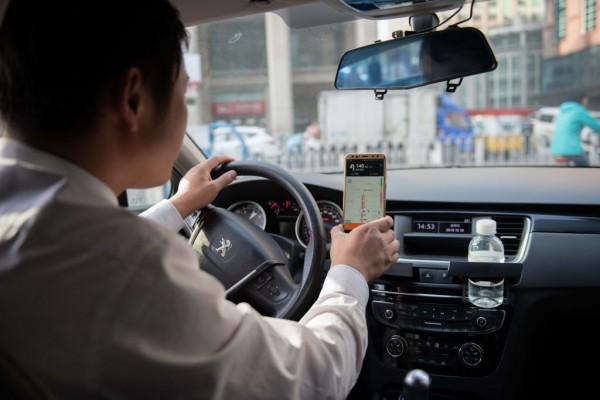 (Photo : NICOLAS ASFOURI/AFP via Getty Images)
In this picture taken on October 18, 2018, a driver working for ride-sharing company Didi follows a map on his smartphone to bring a customer to his destination in Beijing. - Didi is a popular taxi and ride-sharing service in China that is operated via a smartphone app.

According to the latest report by CNBC, the Cyberspace Administration of China (CAC) said that it would be reviewing Didi in terms of its cybersecurity information. This happened days after the frenzied US listing of the company.

As for the Chinese government, the Didi app was now deleted in the Chinese app stores. This also includes websites and other platforms that are accessible to the public.

From the findings of CAC, the company has been engaging in the illegal collection of users' data. The severity of this problem could result in the loss of sensitive information of the users.

Besides CAC, another regulator, SAMR (also known as State Administration for Market Regulation) has already made rounds of visits to the Didi offices on Friday, July 16. As part of the security review, seven departments in total have visited the Chinese ride-hailing titan.

Read Also: DiDi, China's Version of Uber, Set for One of the Biggest IPOs of the Year: What You Should Know

In another report by the Wall Street Journal on July 5, what pushed Didi's initial public offering to be postponed in the United States was the suggestion that came from the antitrust regulators. In addition, this also led the cybersecurity departments to launch an evaluation of Didi's network security.

The same news outlet wrote that the alarming instance about this information is the possibility that the data contained in Didi's system.

According to the regulators, they feared that they would undergo a review of the US-based officials because of the auditing requirements in Washington.

Moreover, CAC said over the past week that the cybersecurity review should be mandatory among companies that house sensitive details coming from more than 1 million users. Before doing overseas listings, the Chinese regulating body said that it should be the first thing to do by the companies.

In line with the campaign about data privacy improvements, the authorities will make sure that the users' information will not be used for other activities that could compromise the identity of the bearers.

Who is the Head Behind Didi?

We know Didi works similarly to the usual ride-hailing services that we know.

Other than that, we have no sufficient information about its founder. The South China Morning Post wrote that Cheng Wei, 38, is the company's founder who has a $1.2 billion network, as per Forbes' report.

In 2021, the company managed to successfully come into the American stock market after its IPO listing in New York City. After that, the authorities responded to Didi's questionable listing, which prompted CAC to conduct an investigation. Then, the officials decided to remove its app from several app stores that would require the users to log in.