Is an Xbox Game Pass rival coming? Netflix and PlayStation are likely to be teaming up for an upcoming gaming service, a leaker suggested. 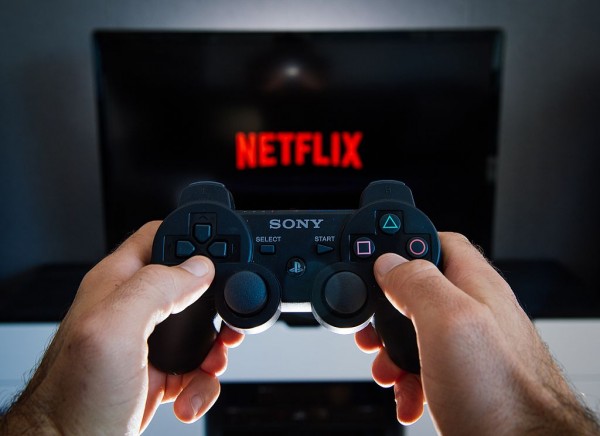 (Photo : by JONATHAN NACKSTRAND/AFP via Getty Images)
Picture taken on September 11, 2014 to illustrate the on-demand internet streaming media provider, Netflix, on the home video game console PlayStation 3 in Stockholm. The online streaming website Netflix will be launched in Germany, Austria, Switzerland, Belgium and Luxembourg mid-September. It is already operating in Scandinavian countries.

One of the top streaming service platforms, Netflix, previously revealed that the company is testing the waters of the gaming industry. The video service giant is reportedly working on an arcade service similar to what Apple currently features.

Notably, some suggest that it is quite similar to Xbox Game Pass.

To gear up for expansion, Netflix recently hired a gaming executive, adding the previous boss of Facebook Gaming, Mike Verdu to its team. He now sits as the Vice President for game development for the streaming company.

Nevertheless, Netflix has yet to unveil the details of its upcoming gaming platform, but a nosy leaker noticed what the video platform is working on secretly.

Noticeably, the Xbox Game Pass is similar to the plans of Netflix for its upcoming streaming service -- a required subscription.

Also, the Microsoft gaming service is not slacking even as the speculated PlayStation and Netflix collaboration is likely going to see the light of day soon. As such, the Xbox Game Pass is set to be compatible with Windows 11.

Microsoft confirmed that the subscription service is built right into the upcoming OS.

Read Also: Xbox Game Pass Leaks May Point to a CRAZY HUGE Fall 2021 for the Service

A Twitter user and a data miner who goes by the name Steve Moser disclosed that the gaming platform that Netflix is working on carries the codename "Shark," which embodies the shark's fin image on its iOS app.

Moreover, Moser stumbled upon a custom icon supposedly for Sony's PS5 controllers in the project. That said, the Netflix and PlayStation collaboration is a conjecture merely based on this sighting.

Additionally, the data miner and leaker further saw an image of a game that is exclusive to the Sony gaming console named "The Ghost of Tsushima."

Netflix’s gaming feature has a current working name of “Shark” and is represented by this image in their iOS app: a shark fin. Could an image of PS5 controllers and Sony’s Ghost of Tsushima (director’s cut coming Aug. 20th) indicate a partnership with $SONY? Cc @HedgeyeComm $NFLX pic.twitter.com/FLghlRlu20

Yet again, Netflix and PlayStation fans should still take the rumored collaboration with a grain of salt until the two companies confirm it.

As per ComicBook, it is worth noting that the leak raises more questions: is PlayStation leading the project together with Netflix? Or is it simply a partner helping the gaming endeavors of the streaming platform become possible?