'Pokemon GO' Fest 2021 UPDATE: Hoopa To Appear, But Trainers Can't Capture It; When Can You Acquire Them?

"Pokemon GO" Fest 2021 will have a special pocket monster guest during the two-day event. Niantic confirmed that the popular Hoopa, the mythical Mischief Pokemon, will appear during the latest game event.

(Photo : Screenshot from Twitter post of @gainford)
'Pokemon GO' Fest 2021 UPDATE: Hoopa To Appear, But Trainers Can't Capture It; When Can You Acquire Them?

Please ensure you have PayPal so I can make payment.

The adventure title's new event will last from July 17 until July 18, which will start from 10:00 a.m. to 6:00 p.m. in your local time. On the other hand, interested participants are required to buy the ticket before they can enter the latest "Pokemon GO" Fest 2021.

Niantic also confirmed that the biggest enhancements it integrated into the new event are the daily activities. "Pokemon GO" Fest 2021's first day will focus on various pocket monsters that are appearing in different habitats every single hour.

On the other hand, the game developer explained that the second day allows Pokemon trainers to work with one another. They need to complete the five-star raids to capture a variety of Legendary monsters.

According to Game Pur's latest report, "Pokemon GO" Fest 2021 will have the mythical Mischief Pokemon or Hoopa as one of its special guest pocket monsters. However, the giant game developer said that Hoopa is not a catchable Pokemon during the event. 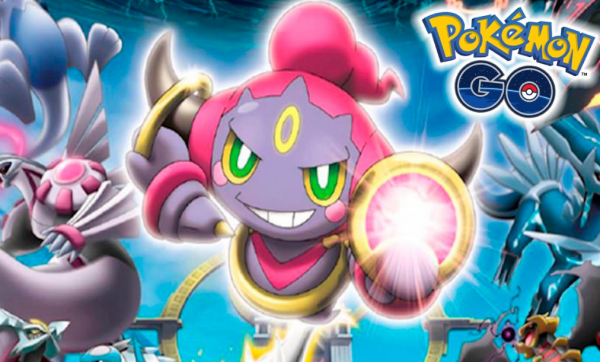 (Photo : Screenshot from Twitter post of @keibron)
'Pokemon GO' Fest 2021 UPDATE: Hoopa To Appear, But Trainers Can't Capture It; When Can You Acquire Them?

Niantic said that trainers will not be able to capture it since there is a special event exclusively focused on the Mischief Pokemon. Although this is the case, many fans said that they are not disappointed.

However, they are still asking the game developer what are the things they can learn from the people participating in the two-day event and from the featured pocket monsters. Aside from Hoopa, Niantic also confirmed other pocket monsters appearing in the game during the newest "Pokemon GO" Fest 2021:

Game Spot reported that aside from the mentioned list above, Niantic will also release more Legendaries during its two-day game event. These the following:

On the other hand, it seems like Deoxys and Mew will not be appearing during the "Pokemon GO" Fest 2021. However, the giant game developer said that both of them could be featured in the next game events of "Pokemon GO."

For more news updates about "Pokemon GO" Fest 2021 and other related titles, always keep your tabs open here at TechTimes.