Hubble Space Telescope is Back After NASA Switches to Backup Computer

The Hubble Space Telescope is back on once more after the National Aeronautics and Science Administration (NASA) switched to a backup computer.

This comes more than a month after the Hubble shut down on June 13 after its payload computer suffered a glitch. The computer, which is from the 1980s, handles the space telescope's science instruments.

"The Hubble team is now monitoring the hardware to ensure that everything is working properly," NASA said in a statement posted on its official website.

He added that there was a "cheering in the control center" when the space telescope powered back on.

Hubble Space Telescope Back On: How It Happened 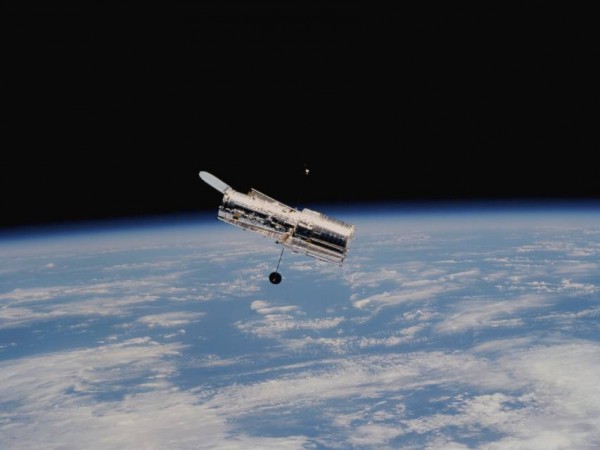 The Hubble Space Telescope was able to turn back on thanks to a successful switch to backup hardware done by NASA, which included a backup payload computer.

"The switch included bringing online the backup Power Control Unit (PCU) and the backup Command Unit/Science Data Formatter (CU/SDF) on the other side of the Science Instrument and Command & Data Handling (SI C&DH) unit," the NASA statement recents.

Other hardware pieces on the Hubble were also switched to alternate interfaces to connect to the SI C&DH unit. The backup payload computer was then turned on before being loaded with flight software. After that, the computer was put into normal operations mode.

"We believed that this all would work, but, you know, you're dealing with the space business and all kinds of surprises can come your way," Jeletic told NPR.

It will take more than a day before the Hubble team can finish the process. According to the NASA statement, the Hubble team has to run "various procedures and ensure the instruments are at stable temperatures.

Some initial calibration also needs to be performed by the team first before these instruments can be put back on normal operations.

On July 14, the glitch in the payload computer was identified by NASA as the probable cause of the Hubble Space Telescope shut down. NASA considered two possibilities for the problem. One was the voltage level. The other was the worn out secondary protection circuit.

Prior to the switch to a backup payload computer that proved to be successful, NASA already tried other means to get the Hubble Space Telescope back on, only to come short in their attempts thrice.