NASA's Hubble Space Telescope is still finding a potential fix for the glitch.

Last month, the large space telescope was put into safe mode so the international space agency could assess possible sources of the problem for its shutdown. NASA has tested a lot of methods before, but none of them worked.

This time, the space research institution could have already identified where the issue originated in the space telescope.

On Thursday, July 15, NASA continued to explore the components of the telescope. 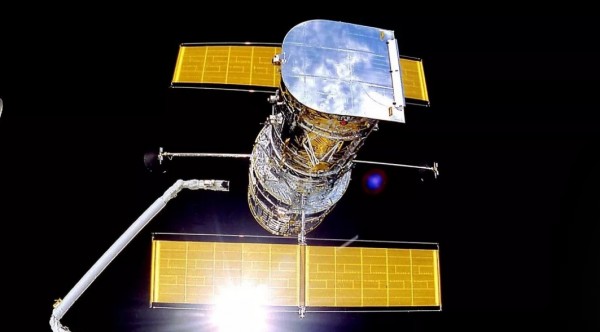 (Photo : NASA/Smithsonian Institution/Lockheed Corporation)
NASA is still testing some possible solutions for the glitch in the Hubble Space Telescope. This time, the space agency could have already identified the source of the problem.

According to a published report by CNET on Jul 15, the team behind the space telescope evaluated the PCU, Hubble's payload, which has been used since the 1980s.

As per the people behind the Hubble Space telescope, the hardware could be the source of the problem.

The space agency said that they have already launched successive attempts to solve the issue, and tweak the settings of the computer involving its backup. Although NASA has failed three times already as the Hubble Space Telescope remained offline, the crew is determined to look and dive deeper to identify the computer issue in the Power Control Unit.

The PCU, which is an essential part of the Hubble telescope, is assigned to store electricity in the memory and the computer as well.

The independent agency was quite certain that this time, the problem exists in the payload computer.

In a recent tweet by the Hubble Space team, NASA stated that what they found out was only between the two possibilities: first, the problem with the voltage level, and second, the secondary protection circuit, which was discovered to have been worn out already.

For that reason, NASA said that it would try to replace the old hardware with the new one, Space.com reported.

"This will be a multi-day event. If successful, the next step will be for science instruments to be brought back into operation," NASA posted in the tweet.

Another Telescope Within NASA's Concern

Last month, the Hubble Space Telescope was not the only problem that NASA needed to solve. As a matter of fact, the delayed James Webb Telescope is also another issue that the agency wants to address.

Its scheduled launch was moved to October.

At the moment, we do not know if the Hubble telescope would be remedied by the fixes that NASA imposed.

Despite many failed attempts in solving the computer glitch, the team does not give up on their plans to make the Hubble Space Telescope function once again.