Jeff Bezos' space mission is launching pretty soon, in a launch that will be televised to the entire world. 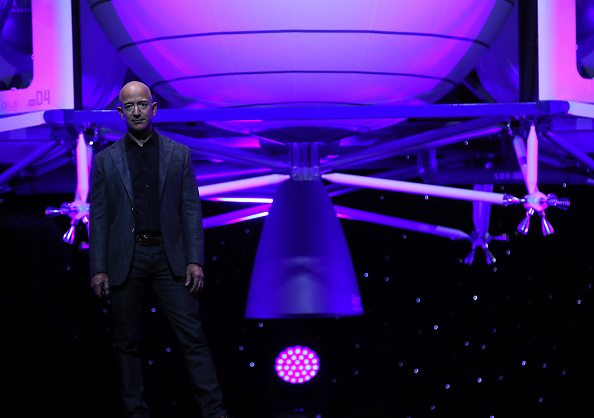 The Amazon founder is set to leave Earth on a rocket that will take him on a ride few in history have ever experienced: a 2300 mph rocket trip to the edge of the planet's atmosphere where he'll stay for 11 minutes, writes CNN.

For those who want to watch, the entire launch will be streamed on Blue Origin's website. There, the space travel company will be showing closeups of the rocket's exteriors, as well as the capsule flying off into space carrying Bezos and four other crew members. The launch is scheduled for July 20, 9 a.m. EDT (6 a.m. PDT, a few days after Richard Branson's Virgin Galactic mission.

But while it's easy to dismiss this launch as just another multi-billion dollar flex from one of the world's richest people, there are certain facts about Jeff Bezos' space mission that are pretty important. This information alone should be enough to make at least you consider watching the event as it unfolds live.

Jeff Bezos Space Trip: Who's On It?

As mentioned, the former Amazon CEO will be flying with three other passengers. But among the crew, one person is considered the most significant: retired aerospace pioneer Wally Funk.

Funk, now 82, was one of the all-female team of astronauts which underwent training back in the 60s. She was supposed to go to space as part of NASA's Mercury program but never made it alongside her colleagues just because they were women.

Funk was invited as an honored guest on Jeff Bezos' space flight, which the Amazon founder posted on his Instagram account. He then went on to say that nobody has waited longer to go to space. And if there's somebody out there deserving of such an honor, it would definitely be Funk. On July 20, she will be the oldest person in history to go to space.

Bezos' brother Mark will also be on the trip, but the much-talked-about rich passenger who paid $28 million for the flight won't be going. Instead, the still-unnamed bidder gave their seat to the 18-year-old young man Oliver Daemen, who WSB Atlanta reports will be the youngest person to go to space opposite of Wally Funk.

What Will Happen on the Launch?

The spacecraft, named New Shepard (after Alan Shepard, the first American in space), will conduct its first-ever crewed mission after a series of successful test flights. This will be the 16th launch of the spacecraft.

Bezos and his crew will be launching higher than Branson's prior altitude from the launchpad: 66 miles above the Earth's surface to the internationally recognized boundary of space known as the Karman Line. The passengers will experience around 3 to 4 minutes of weightlessness and then strap in for a parachute landing a mere 10 minutes after lifting off.