The National Aeronautics and Space Administration (NASA) has said that it plans to launch a solar sail project of its own in order to investigate near-Earth asteroids.

The solar sail project will make use of a small satellite NASA calls the Near-Earth Asteroid Scout (NEA Scout).

The NEA Scout will join the Artemis I mission and be deployed along with other smaller cubesats. The small satellite will then use solar sail to travel to a near-Earth asteroid.

What is the NEA Scout and What Will It Do in Space?

NASA's Near-Earth Asteroid Scout, or NEA Scout, is a small satellite roughly the size of a shoebox, according to a report by Digital Trends. Its task will be to take high resolution photos of the near-earth asteroid it will travel to.

"The images gathered by NEA Scout will provide critical information on the asteroid's physical properties such as orbit, shape, volume, rotation, the dust and debris field surrounding it, plus its surface properties," according to the mission's principal science investigator Julie Castillo-Rogez in a statement posted by NASA. 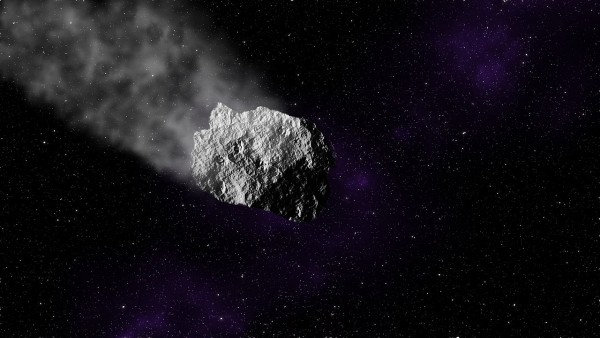 (Photo : A Owen from Pixabay)

NEA Scout will not carry fuel. Instead, the small satellite will be powered by a technology called solar sail.

What is Solar Sail?

The solar sail technology will enable the NEA Scout to sail through space powered by sunlight. The NEA Scout will be the first ever interplanetary mission that will use this kind of propulsion.

To do this, the cubesat will deploy an aluminum-coated plastic film sail that NASA describes to be thinner than human hair. The size is roughly similar to that of a racquetball court.

"The large-area sail will generate thrust by reflecting sunlight. Energetic particles of sunlight, called photons, bounce off the solar sail to give it a gentle, yet constant push," according to NASA.

"Over time, this constant thrust can accelerate the spacecraft to very high speeds, allowing it to navigate through space and catch up to its target asteroid," it adds.

Related Article: Carl Sagan's Solar Sail Goes On Test Flight On May 20: Why You Should Care

Past and Future Solar Sail Projects

NASA sees the NEA Scout as a "stepping stone" for another solar sail project called Solar Cruiser. The Solar Cruiser is said to use a sail 16 times larger than of NEA Scout's. It is expected to fly to outer space in 2025.

NASA previously said that it wants to try solar sail technologies by mid-2022. With the planned launch of the NEA Scout, NASA is set to do just that.

The NEA Scout, however, is not the first ever effort to try out the solar sail in outer space.

2019 saw the success of the solar sail aircraft LightSail 2. It was designed by a non-profit organization founded by Bill Nye, The Planetary Society. The spacecraft proved that solar sail works by increasing its orbital high point by 1.2 miles.

A previous LightSail spacecraft ended up burning when it re-entered the Earth's atmosphere in 2015.

Carl Sagan's Solar Sail Goes On Test Flight On May 20: Why You Should Care

LightSail Mission Ends As Spacecraft Burns Up In Earth's Atmosphere