"Skate 4" developers have confirmed that the game will be a no-show at this week's EA Play Live, but Electronic Arts has a little treat for its waiting fans. Fans have been calling the upcoming game "Skate 4," but EA has not yet confirmed what the official title is.

The news of "Skate 4's" absence from EA Play Live was confirmed by Full Circle, the new developers who are working on the game.

Developers then teased they are "stoked to share a little something." It turned out to be a behind-the-scenes video.

A new "Skate 4" video has been released by Electronic Arts and it turns out to be a minute-long behind-the-scenes video.

According to a report by IGN, the video does not feature any game footage. Instead, it features gamers, influencers, and even professional skaters who are commenting on "Skate 4" since they have actually seen the upcoming game.

The comments from the guests on the video suggest that "Skate 4" will have an open world format and will be similar to "Skate 2." IGN also notes that comments reveal the presence of board pop-ups and board drops, as well as the "ability to climb things off-board." 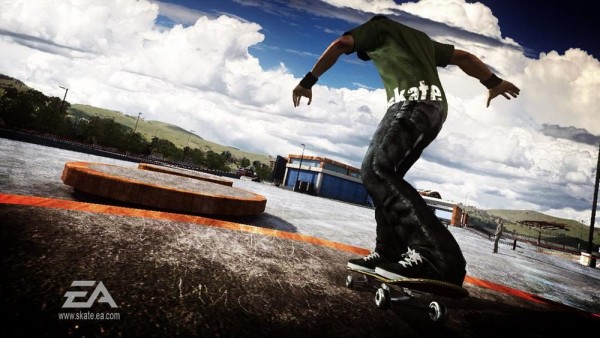 "Skate" is a skateboarding video game series published by Electronic Arts. The first game in the series was released in 2007 PlayStation 3 and Xbox 360 as well as on mobile. The franchise was initially developed by a studio under EA called EA Black Box. The studio was shut down in 2013.

In June 2020, a fourth "Skate" game was officially announced by EA during last year's edition of EA Play Live.

"We've been waiting years, honestly, to make the right game, at the right time, with the right idea, and - we're really, really pleased to say that we're here," game directo Deran Chung said last year as quoted in a report by Polygon.

Related Article: Best Selling Skateboards For All Ages That are Hip and Trendy To Use

EA Play Live: What We Know So Far

"Skate" joins a list of video game no-shows for this Thursday's EA Play Live. Other games on that list include "Star Wars," Mass Effect, and Dragon Age. On the other hand, the games that will appear in EA Play Live include "FIFA 22" and "Madden NFL 22."

At Long Last, 'Skate 3' Is Backward Compatible On Xbox One (And It's On Sale Too)