RCS vs SMS: Verizon to Adopt Google's Messages Feature, But Apple is Not On Board

RCS vs. SMS is the talk of the town now, as Verizon is upgrading on Google's new form of messaging, leaving behind the "short message service" in the past. However, despite the better features it has and the network carriers upgrading to it, Apple does not seem on board with this idea from the internet company.

Google's Rich Communication Service has features that resemble more of a chat for the native messaging service, and it can be sent over regular network connections. This would help to upgrade the SMS to something with more visuals and expressions, without the need for regular cell network connections. 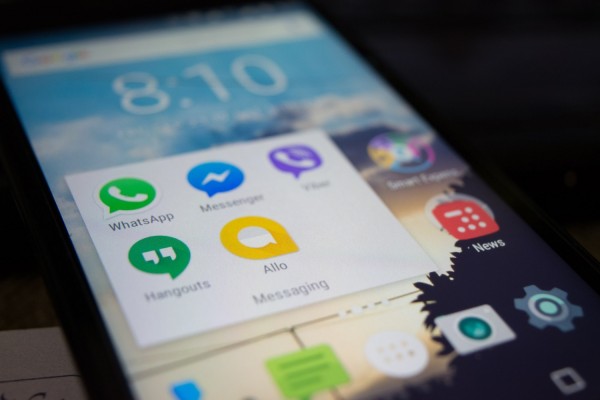 According to a recent press release by Verizon, the company is now going with Google's technology of enabling an end-to-end communication service of RCS.

With the messages app of any Android phone, it can be sent as a "chat" type or RCS, which could have read receipts, send photos and videos, among other chat features.

Instead of sending a regular SMS, Verizon users can now send it like a chat, and it would help in furthering the evolution of text messaging in the current industry. The feature was already used by the two other top carriers in the country, namely AT&T and T-Mobile, all having collaborated with Google.

Verizon promises that this would give way to a "robust" messaging experience for its users, among others, they contact via the Messages app.

RCS foregoes the traditional cellular network reliance like SMS, and instead, would use mobile data or WiFi to send a text that resembles a chat. It sounds largely familiar with the iMessage and other chat service applications like Telegram, WhatsApp, Signal Messenger, Viber, and more.

That being said, it is the new form of messaging technology, without the need to download applications like the ones mentioned earlier. Additionally, it would be end-to-end encrypted, for those with RCS features.

Apple Not On Board with RCS

According to The Verge, while most major companies are turning into RCS, one does not, and that is Apple. One of its main reason for this is that they have the same message feature known as iMessage. Almost all of the features of a chat are there, and the only thing it does not have is its ability to send it to Android.

RCS enthusiasts and other experts say that Apple would still receive the messages via SMS, but it would not be encrypted. It is unknown if Apple has plans, but for now, it seems that they are zipped up about it.