NASA Mars Curiosity Rover Shows Some Rock Records Are Missing; Does This Mean No Intelligent Life on the Red Planet?

NASA's Mars Curiosity Rover discovered that some of the Red Planet's rock records are missing. The international space agency claimed that this happened because of the space body's super-salty water called brine. 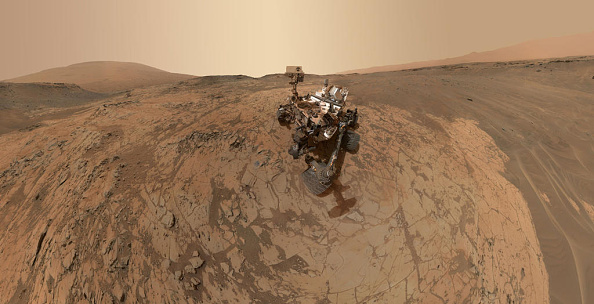 (Photo : Photo by NASA/JPL-Caltech/MSSS via Getty Images)
In this handout provided by NASA/JPL-Caltech/MSSS This self-portrait of NASA's Curiosity Mars rover shows the vehicle at the "Mojave" site, where its drill collected the mission's second taste of Mount Sharp. The scene combines dozens of images taken during January 2015 by the MAHLI camera at the end of the rover's robotic arm.

"We've learned something very important: There are some parts of the Martian rock record that aren't so good at preserving evidence of the planet's past and possible life," Ashwin Vasavada, the National Aeronautics and Space Administration's Project Scientist of Curiosity Rover.

For the past few years, space experts believed that the Red Planet was full of lakes billions of years ago. They added that these bodies of water served as one of the main habitats of various microbial organisms.

However, NASA's researchers and other scientists from different space agencies explained that these lakes are no longer existing because of Mars' extreme climate, which changed and dried out the bodies of water.

According to The Sun's latest report, the missing rock samples of NASA's Curiosity Rover reveals that they were broken down by the so-called brines. Experts involved in the current space activity also explained that the clay minerals were dispersed in different areas of the Red Planet. 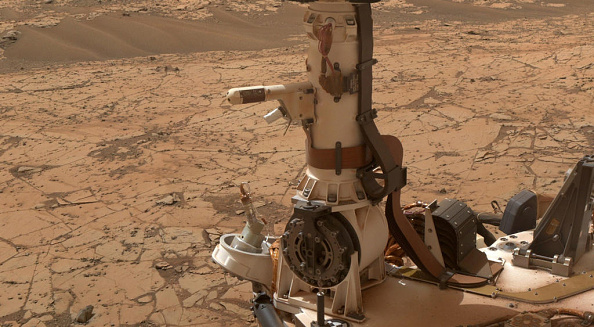 (Photo : Photo by NASA/JPL-Caltech/MSSS via Getty Images)
In this handout provided by NASA/JPL-Caltech/MSSS A sweeping panorama combining 33 telephoto images into one Martian vista presents details of several types of terrain visible on Mount Sharp from a location along the route of NASA's Curiosity Mars rover. The component images were taken by the rover's Mast Camera on April 10, 2015.

"We used to think that once these layers of clay minerals formed at the bottom of the lake in Gale Crater, they stayed that way, preserving the moment in time they formed for billions of years," added CheMin Principal Investigator Tom Bristow.

He added that brines were the reason why Mars experienced rock resetting. Specifically, NASA's scientists targeted the Gale Crater. They believed that this crater has some undisturbed layers of ancient rocks, teaching them more about the Red Planet's history.

Space.Com reported that NASA is also planning to use its Perseverance Rover to look for intelligent life forms on the Red Planet. On the other hand, the international space agency also plans to release its first update about Perseverance's work.

NASA is planning to do this during a news conference. It will be aired on NASA TV and other popular websites and social media platforms.

Related Article: How to Watch the Relocation of SpaceX's Crew Dragon Giving Space for the Boeing's Key Starliner Test