"Final Fantasy 14" Player/YouTuber, Ross "RubberNinja" O'Dovonan, vows to eat nearly 140K eggs and he would not stop streaming without successfully fulfilling it.

This video game challenge has gone to another level of crazy, beating the same record that RubberNinja made in 2020, wherein he finished off 999 eggs in "Final Fantasy 14." 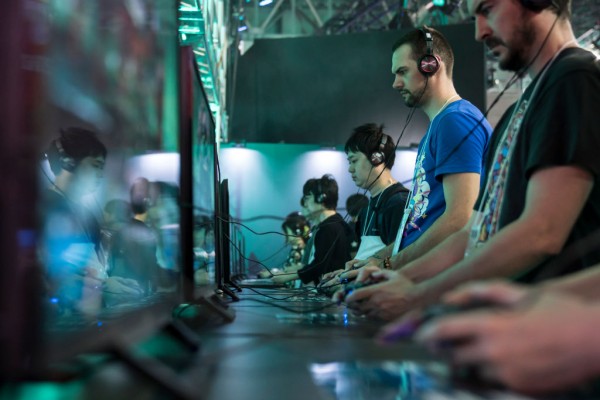 (Photo : by Tomohiro Ohsumi/Getty Images)
CHIBA, JAPAN - SEPTEMBER 12: Attendees play the Final Fantasy VII Remake video game in the Square Enix Co. booth on the business day of the Tokyo Game Show 2019 at Makuhari Messe on September 12, 2019 in Chiba, Japan. The Tokyo Game Show will be open to the public on September 14 and 15, 2019.

When RubberNinja announced his endeavor last year, other players of the MMO game quickly gave him eggs to eat, which ended up to almost a thousand pieces.

As such, aside from marking a "Final Fantasy 14" history, RubberNinja has also proven that consuming nearly a thousand eggs is possible as long as both patience and perseverance are present.

This time around, the YouTuber is seemingly not satisfied with his previous record. Thus, as per The Gamer, he wanted to wipe out the entire inventory in the game, which is at nearly 140,000 eggs.

O'Dovanan announced his new challenge via Twitter, saying that going beyond the 999 eggs mark in "Final Fantasy 14" is the "worst idea" he has ever thought of. He went on to say that he will be eating a "full inventory of eggs," which accounts for about 138K+ eggs.

To prove that the achievement is done successfully without cheating, he decided to stream the entirety of the challenge until it was done, similar to what he did nearly one year ago.

Not just that, O' Donovan also wanted to spice up things by exclusively eating only egg dishes in real life as he fulfills his goal. According to Kotaku, the whole egg-eating event is being streamed live on Twitch under the name "Eggwalker."

To further step up the game of this year's egg-stream, RubberNinja has a bonus sub goal, which will force him to add another 999 eggs for every additional 1,000 Twitch subs he gets during the whole live event. Not to mention, he also vowed to shave his head upon reaching 20,000 subscribers.

Read Also: 'Final Fantasy 14' Sidequests: How to Get the Rewards in Lali-Ho, Like Cats and Dogs, and More

Of course, RubberNinja still needs to eat, shower, take a break in the restroom, and sleep, just like a typical human being. So, in such cases, his stream will not stop but will instead show a macro wherein his character is still eating eggs from the game.

However, he had to temporarily stop the stream after reaching the 48 hour limit of Twitch. Before doing so, RubberNinja had already eaten about 39,000 eggs in total.

Elsewhere, a "World of Warcraft" streamer, Asmongold, tried playing "Final Fantasy 14" for the first time, and it ended up in a mess.

Meanwhile, the "Final Fantasy 14" game director Naoki Yoshida says that he does not fancy people saying that his game has beaten "World of Warcraft."