Louis Vuitton 'Horizon Light Up' Wireless Speaker is Now Up For Grabs: How to Pre-order?

Louis Vuitton items are known to be expensive. Before, the products from the company were only limited to fashion, but now it has extended its service to tech.

For that part, the French fashion house unveiled the latest Horizon Light Up speaker in its tech product entry. The design of the speaker might seem bizarre since it resembles the shape of a UFO.

As expected for a famous brand, its price is not that consumer-friendly from what you are expecting. 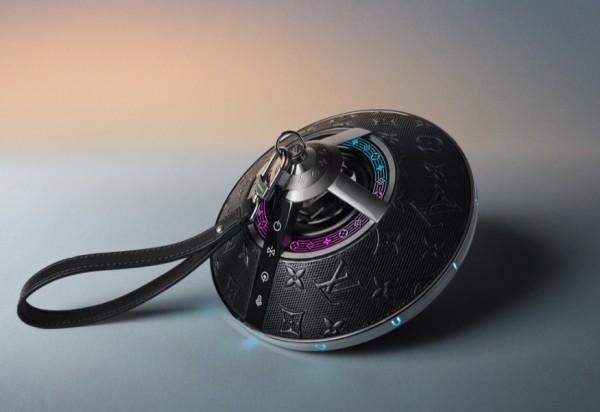 According to a report by The Verge earlier this week, the new Horizon Light Up speaker appears to be a strange speaker that would fall in the luxury brand category.

The tech news outlet described the Louis Vuitton speaker to be a "cosmic artifact" that the mad titan, Thanos would steal in a Marvel film.

The luxury firm said that the Horizon Light speaker could fit with your setup at home simply because it could provide an aesthetic touch in your living room. Through the combination of modernization and fashion, Louis Vuitton was able to pull off a weird-looking speaker with a mind-boggling price tag.

So much for that, the speaker features the "LV" brand logo on its surface.

The symbols might be simple but traditional in a way that it preserves the previous look of the trademark. Moreover, its components consist of leather, stainless steel, and glass, in addition to its 35 LEDs.

The design of the Horizon Light Up speaker is quite similar to other premium speakers from major companies like Bang & Olufsen, which feature an artifact-looking product: the eldritch space type.

The France-based fashion giant said that the inspiration behind the creation of the Horizon Light Up speaker is the strange shape of the Toupie handbag.

Thehandbag has the same concept that borrows the vibe from UFOs and other alien stuff.

Indeed, its price will leave you broke for a while. Louis Vuitton has no chill when it comes to pricing its products given that it would satiate the users over their luxury demands.

The speaker has a subwoofer that measures three inches and a pair of 0.76 inches of tweeters.

You can also use its three mics if you want to call your friends. The Horizon speaker can reportedly be used for up to 15 hours on a single charge. It also has Airplay 2 and Bluetooth 5.1 support together with a display dock and USB Type-C port.

How to Pre Order Horizon Speaker

From a report by CNET on Thursday, July 22, you can now pre-order the new Louis Vuitton "UFO" speaker from the official website of the company by clicking here. At a massive price of $2,890, you should carefully think if this speaker is the right one for you.

Louis Vuitton said that it will start shipping the orders on July 31.

In 2017, the company revealed its Tambour luxury smartwatch, which starts at $2,450. After three years during the peak of COVID-19, LV announced a $1,000 face shield as well.