LG's Puricare Wearable Air Purifier has received its newest update following the addition of the voice amplification feature through its built-in speakers and mic. The South Korean tech giant is eyeing to release the air-purifying mask next month. 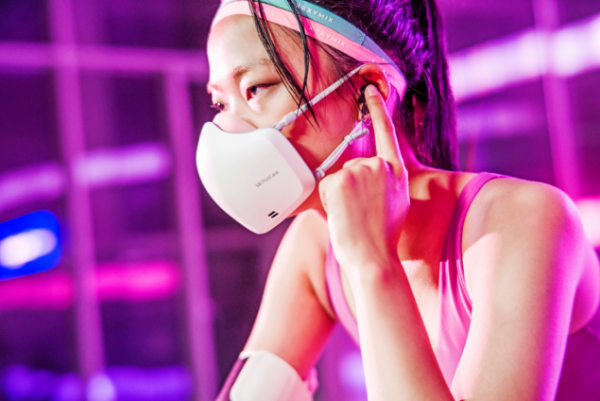 (Photo : LG )
LG will be releasing the upgraded PuriCare Air-Purifying mask next month featuring new set of speakers and mics.

In an article written by LG Newsroom on Thursday, July 22, the newest version of the wearable air purifier saw the added features that will amplify the voice of the user. At the moment, the company has not yet unveiled its price, nor where it would be available after its debut in Thailand this upcoming August.

LG said that the availability of the PuriCare wearable mask will be announced once the approval among local regulators takes place.

Just in time with the pandemic hit the planet, the company has come up with the idea of introducing this high-tech air purifier to the public.

The Verge reported that the recent air-purifying mask will be having a lighter motor compared to the previous one. It will also be smaller as it would be associated with voice-amplifying components in the place of speakers and microphones.

The tech titan will be relying on VoiceON, the voice-amplification technology that automatically detects the user's communication pattern, and enhances the voice, thanks to the speaker that's installed in the latest update.

Previously, Razer N95 "Project Hazel" Mask also used the same technology. The company said that it would distribute the wearable by E3 of 2021.

The two masks are almost the same when it comes to their features. Just like Razer's face mask, LG's PuriCare mask sports an LED lighting and advanced wireless charging. Its lightweight setup will not do any hassle to the wearer since it's only 94 grams.

To fully use the product, you need to charge it for at least two hours through a USB port. The short charging time will allow the user to utilize it for up to eight hours.

In August 2020, PuriCare had some reported issues amid the pandemic spree. Previously, the air-purifying mask had been criticized since it has no ability to protect the wearer from the virus.

Moreover, the report also pointed out that the company had not yet experimented with making an official face mask for humans. The allegations pointed out that LG only revised the appearance of the stock photo model, and launched it to the public as an official product.

So far, people still need protection from COVID-19 despite the continuous rollouts of coronavirus vaccines around the world. Being vaccinated is a must for everyone, especially those who have a weak immune system.

For this reason, wearing a mask is still a better alternative than not wearing it. People should just be selective on what to wear since the safety of their health depends on the efficiency of the wearable product.