A new artificial intelligence technology (AI) is now capable of predicting protein structures in a human body, according to scientists. The program dubbed as AlphaFold is regarded as one of the breakthroughs in the field of biology. 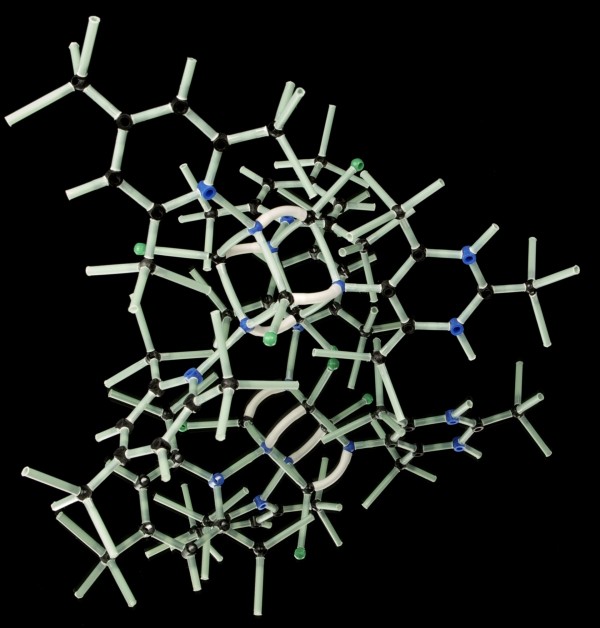 (Photo : Photoholgic from Unplash)
Recently, scientists can now predict the structural position of proteins in humans and other organisms through the AlphaFold AI made by Deep Mind.

According to BBC on Thursday, July 22, despite many studies about protein structures, their connection to the field of medicine is often not prioritized.

For that part, a group of scientists has arrived with a database that shows the structures of the protein in a human body. Through the use of AI, the program was able to predict 350,000 of the protein structures.

It is said that in the human genome, DNA in the human cells houses 20,000 proteins. In biology, experts called it a "proteome."

According to Dr. Demis Hassabis, the co-founder of Deep Mind, it hoped that it was the entire visualization for the human proteome.

"I think it's a great illustration and example of the kind of benefits AI can bring to society. We're just so excited to see what the community is going to do with this," the artificial intelligence researcher added.

Read Also: Cleerly Unveils AI-Powered Imaging Technology to Prevent Heart Attacks For Those Who Are at Greatest Risk

AlphaFold has managed to predict 350,000 protein structures so far, but what's amazing with this discovery is that scientists succeeded in predicting the protein structures in other organisms, like in the case of the mouse, yeast, and even the E.coli bacteria.

In a study entitled "Highly accurate protein structure prediction for the human proteome" published in Nature.com on Thursday, July 22, scientists from the European Molecular Biology Laboratory (EMBL) have collaborated with the experts from the AI company, Deepmind.

The involved team called the study as a "giant leap" in biology.

58% of the structures attributed to the amino acids have been found out to be predicted correctly. Experts confirmed that 35.7% of the predicted protein structures showed a high confidence level.

In an interview with BBC, Prof. John McGeehan of the University of Portsmouth said that there are different methods to determine the structure of the proteins. It could be made possible through cryogenic electron microscopy, X-ray crystallography, and more.

Meanwhile, a group of scientists from Flinders University was able to craft a tool called the Vortex Fluidic Device, which could manipulate whey protein from animal milks.

Previously, the researchers involved the device in its "unboil egg protein" experiment. In addition, the the team has accomplished breaking carbon nanotubes' molecular bonds.

In the latest study entitled "In Situ Monitored Vortex Fluidic-Mediated Protein Refolding/Unfolding Using an Aggregation-Induced Emission Bioprobe" published in the scientific journal Molecules, the team managed to manipulate the viral proteins through B-lactoglobulin.

In the future, the researchers will incorporate their "milk protein" device with other proteins. This would open opportunities to integrate it in curing diseases such as Parkinson's and Alzheimers'.

Last year, the AI startup company, Deep Mind said that Google had given them a platform to develop worthwhile technology.

During the peak of the pandemic at that time, the firm also managed to create an AI that could fight COVID-19. Google had been reportedly using it.

Related Article: Artificial Intelligence Breakthrough Could Lead to CURES for the Deadliest Illnesses