CDC Warns US About New Incurable Superbug Fungus; Can It Spread From Patient to Patient?

CDC (Centers for Disease Control and Prevention) confirms a new incurable superbug fungus that is currently spreading in the United States. The nation's health officials confirmed that two cities are already affected by the new disease. 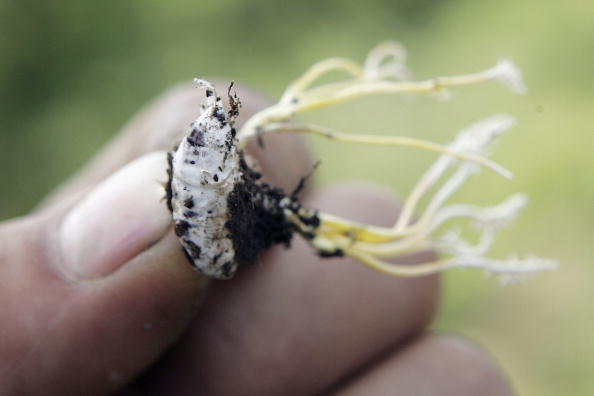 (Photo : Photo by China Photos/Getty Images)
A villager displays the Chinese caterpillar fungus he dug at a mountain on May 17, 2005 in Yongchuan of Chongqing Municipality, China. Chinese caterpillar fungus is also called Cordyceps Sinensis Mushroom. The plant multiplies specially by fungus parasiting into some insects larvae, forming hypha and maturing outside the larva.

On Thursday, July 22, U.S. health authorities announced that they finally discovered the evidence of the alleged untreatable fungus, which is now spreading in a nursing home and two hospitals.

Two hospitals in Dallas were specifically affected. Aside from these, a nursing home located in Washington, D.C., is also believed to have the new incurable superbug.

The Centers for Disease Control and Prevent announced that the new invasive fungal infections could be a severe health issue since the superbug could resist any type of medication.

According to 6ABC Action News' latest report, the new incurable fungus is called Candida Auris. CDC explained that it is a harmful form of yeast, which is quite dangerous for patients in various hospitals and nursing homes, especially those with serious health complications. 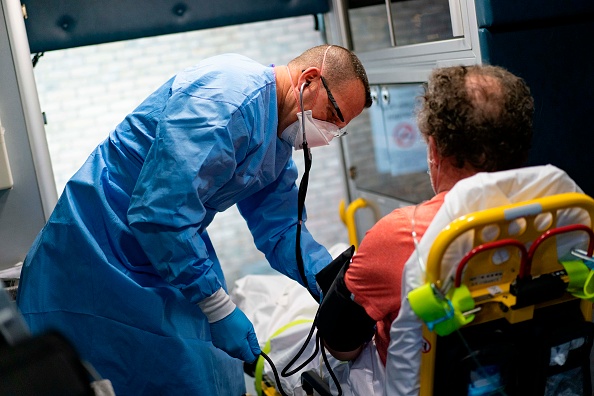 (Photo : Photo by ALEX EDELMAN/AFP via Getty Images)
A firefighter with Anne Arundel County Fire Department takes the blood pressure of a suspected COVID-19 patient as he is transported to the hospital on May 3, 2020 in Glen Burnie, Maryland. - As of this morning Maryland has over 25,000 confirmed COVID-19 cases out of 1.1 million confirmed US cases. (Photo by Alex Edelman / AFP) / RESTRICTED TO EDITORIAL USE

"This is really the first time we've started seeing clustering of resistance in which patients seemed to be getting the infections from each other," said Dr. Meghan Lyman, one of the medical experts at CDC.

Experts added that the new untreatable superbug could become deadlier if it enters its victim's brain, heart, or bloodstream. On the other hand, some medical researchers claimed that it could easily spread through patient-to-patient transmission and surface contamination, which is comparable to the current COVID-19 virus.

This fungus was also discovered in New York back in 2019. The city's authorities said that doctors were able to diagnose three cases in the area. They confirmed that the infections were also impervious to a class of drugs called echinocandins.

NBC News reported that the Centers for Disease Control and Prevention independent advisers are now urging federal regulators to check if immune-compromised patients need to have COVID-19 boosters.

This suggestion was released after various doctors and other medical experts discovered that some vaccinated individuals are still vulnerable to the novel coronavirus. Once the COVID-19 booster initiative occurs, people will need to have an additional dose of the vaccines.

For more news updates about CDC and other related stories, always keep your tabs open here at TechTimes.