Steam Deck is shaping up to be one of the most anticipated console releases of all time, and now it wants to go old-school style as well.

If you've been playing games for the past few decades, then you certainly remember the time when game consoles used cartridges. In a recent interview, Valve seems to want to go for something like that with their new Steam Deck by virtue of SD card storage, writes GameRant. 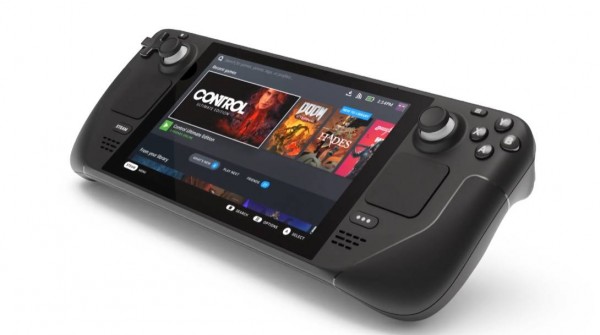 In other words, the Steam Deck could be able to play games off of removable SD cards the way game cartridges and CDs used to work in the old days. In an interview with IGN, Valve talked about the possibility of building additional software to a point where games can be pre-loaded on an SD card on different devices.

This could mean that some Steam Deck owners (especially those who preordered the cheapest one with only 64 GB of storage) would not need to download their games from Steam anymore. All they need to do is plop in a pre-loaded SD card into the slot, and play as if they just attached an old-school N64 cartridge.

Read also: Why a MicroSD is Important: Top 5 MicroSD and Its Uses

When Valve announced the Steam Deck and its hardware, people were understandably impressed. They claimed that the handheld will be able to handle any game on the Steam library, which is a very bold statement for a gaming console of its size.

However, the cheapest model only offers a measly 64 GB of storage, which can't bode well for current-gen games, which regularly top 50 GB in size. This is why their extremely flexible removable storage options could be a lifesaver for a lot of Steam Deck owners.

But perhaps the PC-based console has something the Switch doesn't. Right now, Nintendo's handheld offers support for 2 TB maximum microSD card storage, according to Kingston. But if Valve's claims are accurate, the Steam Deck doesn't have limits when it comes to microSD card support.

This means you could theoretically install a card with more than 2 TB of storage capacity, like the 128 TB one that was rumored back in 2018, according to CNET. That is, of course, if such a technology gets released within the Steam Deck's lifetime.

No Troubles Playing Games Straight Off an SD Card

There's always been a good reason why playing games off of removable storage drives isn't ideal, like external hard drives and SD cards. But according to TechSpot, the Steam Deck can play games just fine straight off a microSD, with barely any performance dips. And that's a very, very big deal.

This means that the new handheld will be far more accessible (assuming there won't be any supply issues) to the average consumer, who can just go for the cheapest 64 GB model and buy microSD cards as they see fit. All of these removable storage options are going to make the Steam Deck commercially competitive, and gamers are here for it.

All-Time Best Memory Cards For Nintendo Switch: How to Change Your SD Card and How to Transfer Downloaded Games to it

Why a MicroSD is Important: Top 5 MicroSD and Its Uses