SkyCool, Gradient, and other similar companies and agencies are now joining forces to fight climate change. Last June, the United States residents experienced the hottest weather in the nation. 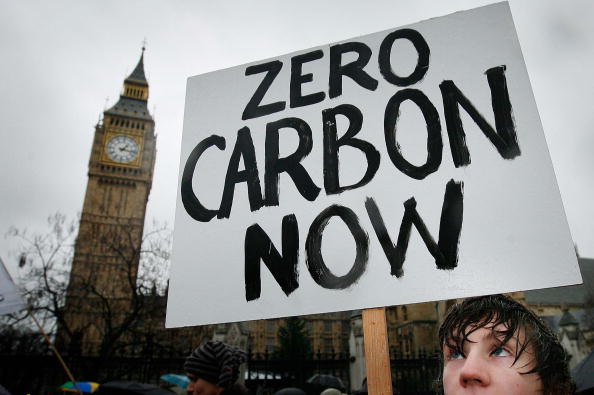 (Photo : Photo by Peter Macdiarmid/Getty Images)
A climate change protestor walks near Parliament on December 8, 2007 in London. Demonstrators are gathering in more than 50 countries around the world. The worldwide protests coincide with the UN Climate talks in Bali and are calling for urgent action from world leaders to prevent the catastrophic destabilisation of global climate.

With a temperature of 116 degrees, some authorities reported that the cables in Portland, Oregon, power cables across the streets have melted. This record is considered higher than the previous findings.

On the other hand, Seattle also suffered from an all-time high 108-degree record. The Canadian province of British Columbia also experienced a whopping 121 degrees heat.

Because of the rising temperature across the world, many people, companies, and agencies are installing a huge number of air conditioning devices. Although people are able to enjoy these gadgets' cooling effects inside buildings and other premises, various experts confirmed that the demand for global energy has tripled since 1990.

SkyCool and Other Tech Firms Fight Against Global Warming

According to CNBC's latest report, different experts claimed that air conditioning systems had made buildings bigger contributors to climate change than automakers. 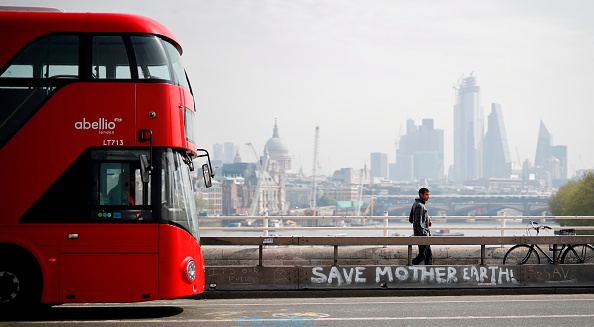 (Photo : Photo by TOLGA AKMEN/AFP via Getty Images)
Graffiti left by climate change activists is seen as traffic and pedestrians move freely over Waterloo Bridge in London on April 22, 2019, after police cleared the protest camp after seven days of blockade by the Extinction Rebellion group. - Climate change protesters who have brought parts of London to a standstill said they were prepared to call a halt if the British government will discuss their demands.

Right now, buildings and other establishments emit around 28% of the world's total greenhouse gases. This record is more than what the entire global transportation sector generates.

Because of these, Gradient, SkyCool, and a number of tech companies are working together to develop new technologies. These innovations will be applied to the traditionally inflexible heating and cooling industry.

Aside from these, they are also expected to finance the upfront costs, ensure proper air cooling system productions, as well as communicate the value to property owners.

Medical News Today provided the list of all the countries currently at risk of climate change's negative effects. Experts claimed that these nations could suffer from major toxic pollution and other similar nature issues in the upcoming years.

On the other hand, researchers explained that the countries on the list either have some population increase problem or don't have effective programs to fight global warming.

For more news updates about climate change and other similar stories, always keep your tabs open here at TechTimes.