Leaked photos of the Microsoft Surface Duo 2 have surfaced in a video uploaded on YouTube.

The video featuring the photos was uploaded on a channel called Tech Rat. It has since been claimed by Window Central's Zac Bowden as legit photos of "near-final prototypes."

The leaked photos show that the foldable Microsoft Surface 2 will feature an external triple camera setup and a USB-C port that has been centered. 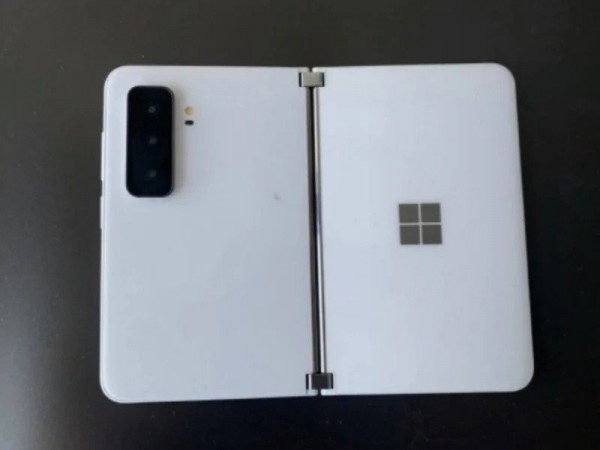 Microsoft Surface Duo 2's leaked photos show that aside from having an external triple camera setup, it will also have an LED flash and a sensor, according to Ars Technica. The report suggests that the sensor may be a laser autofocus.

According to Windows Central, ultrawide angle, telephoto, and standard lenses make up the three external ones seen in the leaked photos. The fingerprint reader located on the side is no longer present on the Microsoft Surface Duo 2 based on the photos.

Per the Windows Central report, the foldable device will come in black and white variants.

It has been previously rumored back in March that the Microsoft Surface Duo 2 will feature 5G connectivity and a camera powered by artificial intelligence (AI).

What is the Microsoft Surface Duo?

The Surface Duo runs on Android instead of Microsoft's in-house operating system. It remains to be seen if it will be the same for the second generation release set for next month.

Other features and specs of the first generation Microsoft Surface Duo include its 6 GB RAM, dual pane screens measuring at 5.6 inches, and a Qualcomm Snapdragon 855 processor.

The Ars Technica report on the Microsoft Surface Duo 2 leaked photos highlighted the faults and criticisms of the first Surface Duo.

"In our time with it, we experienced a ton of bugs and glaring software deficiencies, like its poor keyboard," the Ars Technica report reads.

It also enumerated many other problems that the first generation Surface Duo has, including the fact that it is "significantly wider than any other device on the market" and was uncomfortable to hold, the lack of a front screen for notifications, and its general failure in the market.