Microsoft is struggling with its developments focused around the building of the Surface Duo. The Redmond company is hell-bent to surpass Samsung when it comes to the battle of foldable phones. However, the tech giant has not yet caught up with the tech war against the South Korean electronics powerhouse--but not this time around.

From its bland Duo design, Microsoft has devised a new feature that could surely be a big hit for modern users. Now that the Surface device is not only limited to its usual communication function, but the razzle-dazzle feature of turning it into a portable Xbox handheld will not let down even the doubters. 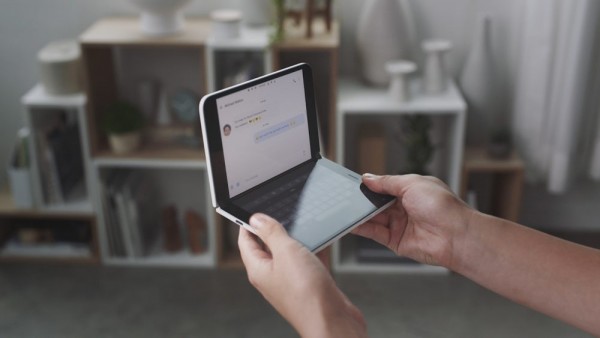 (Photo : Microsoft)
Microsoft Surface Duo can now be played as a handheld Xbox.

While some of us are not inclined to use the Xbox Game Pass feature due to differences in preference, the gamers will mostly benefit from this update.

According to Techspot, players can now choose over a large pool of console games from the Microsoft Surface Duo through the use of touchscreen controls. To use that, go to the device's top screen where a game is displayed. At the bottom part of the screen, there is a blueprint for the controller.

The typical-looking design of the buttons will throw you back to the past where old consoles are still the most popular gaming gadgets that you can have. Just imagine having an old Nintendo DS that has a split-screen mode for a larger game display.

However, you can easily discern the difference between the Surface Duo-turned-Xbox from the previous game consoles as we grew up slotting a cartridge into a slot before playing a game.

Now that we are in the next-gen lineup of handheld devices, Microsoft chose to incorporate the xCloud into the Surface Duo, so, if the users want to access the game, they could go to the internet in just a few clicks.

The tech giant clarified that you could take your gaming to the next level through its 4G/5G-enabled network.

The downside for this feature is the constant internet connectivity--which could be annoying in times of sudden disconnection.

Although it's not that bad as you think, you won't be able to access some games which require a strong internet connection. For heavy-duty gamers who are thrill-seekers, this disadvantage could be worse than boredom.

How Many Games Can You Play In Microsoft Duo?

Microsoft states that there are more than 50 touch-enabled games that users can play, Best Gaming Pro reported on Tuesday, May 25. We could anticipate the rush of more games in the future as several updates arrive on the device.

Some of the Xbox Sport Go app games that you can access in Microsoft Surface Duo are "Gears 5," "Slay the Spire," "Dragon Quest XI: Echoes of an Elusive Age," and more.

The launch of Xbox Cloud Gaming on the platform has served more than 23 million subscribers with the Game Pass Ultimate plan. Maybe this is a clear sign that Microsoft is now serious when it comes to gaming.

Related Article: Microsoft Surface Duo: This Looks Like a "Miniature 360-Degree Laptop," But It's Glued All Over