Twitch Streamer Felix "xQc" Lengyel confronted a "Call of Duty: Warzone" hacker after encountering the cheater, which seemingly used "Overwatch"-like magic bullets, while he was streaming the action-packed battle royale. 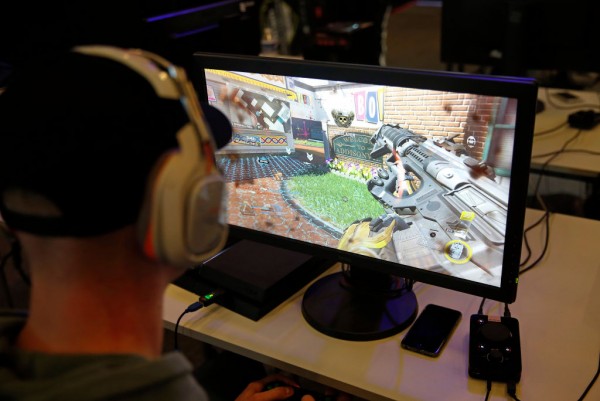 (Photo : by Chesnot/Getty Images)
PARIS, FRANCE - FEBRUARY 18: A visitor plays a video game "Call of Duty" developed by Infinity Ward and published by Activision during an electronic video game tournament at the eSports World Convention (ESWC) on February 18, 2017 in Paris, France.

Cheaters on "Warzone" have been ubiquitous in the past few months. As such, fans of the game have been on the lookout for the wave of rule breakers.

That said, one player, accused of using cheating tools like wallhacks and aimbots, had to stream his gameplay of the "Warzone" with five cameras to prove that he is playing the battle royale both fairly and competitively.

Nevertheless, Dexerto further observed that the game developer, Activision, seems to do nothing about the rising plague of cheaters in the game.

Now, even the Twitch icon, xQc, found himself targeted by one of the countless cheaters.

It is to note that the hacker that Twitch streamer encountered during his "Warzone" live goes by the name ReportMelHack, which interestingly plays under the clan with the name xQcOW. Such details suggest that the said player is stream sniping the prominent streamer.

For those who have not heard of the term stream sniping, it occurs when another player watches the live broadcast of the streamer to gain an unfair advantage over them, as per Dotesports.

The mission of the stream snippers is to be able to join the match that the streamer is simultaneously broadcasting live. Thus, allowing the former to sabotage and defeat the gaming star.

Upon encountering the amusing username and clan tag of the player who killed Lengyel in the gameplay, the Twitch icon decided to stay in the battle and spectate ReportMeIHack.

And to the surprise of xQc, he caught the hacker using what seemed to be "magic bullets" from another game titled "Overwatch."

The streamer also noticed that the cheater was tuning to his steam. So, xQc went on to interview the player about the details of the game hacking tool.

Lengyel specifically queried the hacker if he was using a cheat that provides him an ability to use the magic bullet system seen at "Overwatch." And the anti-competitive gamer responded with a nod to the streamer.

The interview between xQc and the ReportMeIHack went on to reveal more details about the anti-competitive tool.

The hacker further admitted that it only costs a measly $20. Not to mention that the cheater abuses the existing IP and machine bans of the game by using another tool, the "VPN Spoofer." And to the surprise of no one, the rule-breaker concluded the game victoriously without a sweat.

Related Article: 'Call of Duty: Mobile' Season 6 Announced: What is It Called and What Can Players Expect?