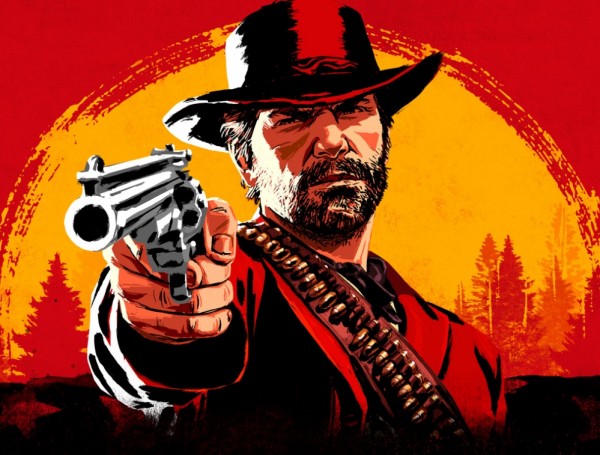 (Photo : Rockstar Games )
'Red Dead Redemption 2' sometimes has a surprise for its players.

A player of "Red Dead Redemption 2" has discovered an unusual sighting in the game.

According to the poster who uploaded a somewhat bizarre image of an alien carving in rock, this is not the usual carving that he's supposed to find. 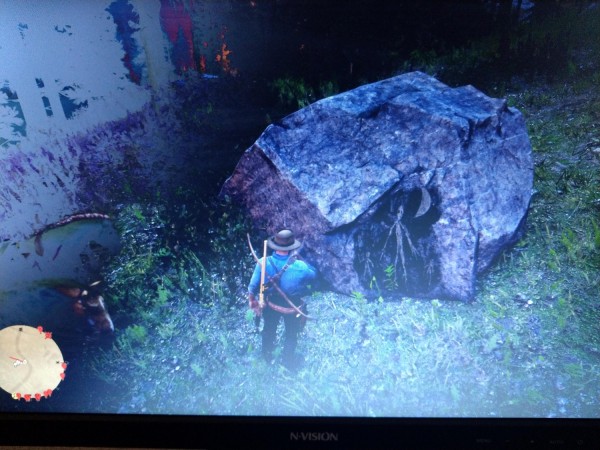 (Photo : Radiant-Head from Reddit)
A 'Red Dead Redemption 2' player stumbled upon a familiar carving on a rock in the form of alien writing.

In the r/RDR2 subreddit where the suspected alien carving was spotted, a player under the name u/Radiant-Head posted a photo of a huge rock bearing some odd-looking writing patterns. For others who have seen the post, the rock carving appears to be enveloping an "alien grey."

Upon seeing the "RDR2" thread on Reddit, many people shared their opinions about the mysterious writing on the rock.

One user asked where the player found the carving.

The poster replied that the rock carving was located near the middle of the "West Elizabeth'' marker on the map. You might witness the humongous rock surrounded by spooky accessories like horns and skulls.

From what we have noticed in the subreddit, several "Red Dead Redemption 2" players have spotted the pattern that Rockstar put in the game. The sightings involving the hints of an alien existence might be one of many symbols that make the game strange.

Rockstar has been doing this in many games without our notice.

For instance, in "Grand Theft Auto 5," there is a certain spot in the game that you need to wait for when the night drops. In a particular shack, you could spot a moving alien spaceship that appears to be monitoring everything in the building.

For sure, there are still many mysteries out there that are waiting to be unveiled by the players.

Other Rare Sightings of Bizarre Stuff in 'RDR2'

Gamesradar reported that earlier this July, some "Red Dead Redemption 2" players have come across the game only to find out that they were able to gun down the scarecrow's hat. The surprising part about this is you can equip the hat to Arthur.

For now, players could be growing curious as to what the game offers further. You can explore more locations in the game and use various tools to interact with them.

On Tuesday, July 27, the newest update for "Red Dead Online" came to the game. It brought many content changes, such as the Blood Money content, along with ample discounts for the players.

In an article by GameSpot, players can now acquire the Ember of the East. To deal with it, they need to gather more Capitale for the mission.

For those early birds who could acquire the ruby before Aug. 2, they would be granted an off-hand holster for free. For those who played the game in the most difficult mode, they could receive Madam Nazar's, Annesburg Cap.

Additionally, the Dockside contract becomes the latest contract to be added to the game. "Red Dead Online" also delivered massive discounts this week including the following:

Related Article: [LOOK]: 'Red Dead Redemption 2' Now Performs As Much As 45% Better at 4K With DLSS