Ariana Grande is leading "Fortnite's" Rift Tour, a virtual concert that would take people around the elements of the game incorporated with music.

However, that is not the only offer of Epic Games as it gives the American pop star a "Fortnite" Icon Series skin, where players could purchase and use as their avatar in-game.

The pop star singing sensation is a "Dangerous Woman," once she grabs a hold of "Fortnite's" guns and goes on a battle royale frenzy when she drops in the coming weeks. Initially, it was said that an in-game event involving Grande was supposed to take place last July 31, but it seems that this festivity was extended.

Read Also: Crossplay Between PC and Console Still Faces Cheating Issues: What is Aimbot and How to Avoid Them

As confirmed in a tweet by pop sensation Ariana Grande (@ArianaGrande), "Fortnite's" Rift Tour virtual concert would be on August 6 to 8, and not the previous July 31. Last Saturday's showcase was more of a reveal and teaser for "Ari" to join the battle royale, but it has recently been confirmed by Epic Games.

There are a total of five shows for the Rift Tour, says Epic Games, and all of them include a special in-game appearance for the singer and songwriter in "Fortnite's" world. The schedule of which are as follows:

People would have to wait for the pop star's virtual concert for less than a week, as the weekend would be filled with "Fornite's" Rift Tour special starting Friday until Sunday.

"Fortnite's" Rift Tour has a lot to offer to its users, and the main spectacle of the event is Ariana Grande's skin, under the Icon Series. This means that the singer would be immortalized in the game, alongside the likes of other influencers and those from the Icon Series like LeBron James, Ninja, and more. 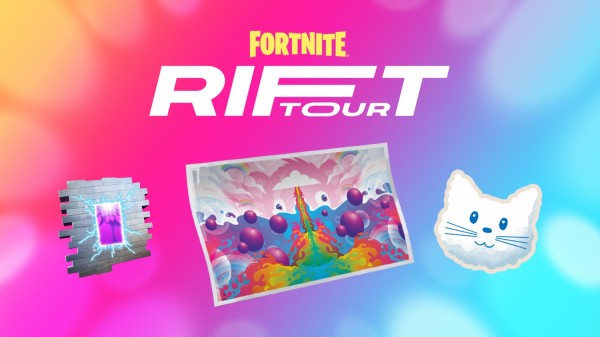 Ariana Grande's Rift Tour in "Fortnite" would be more of a solo act, rather than an accumulation of all the artists and performers who were added to the game. This includes the likes of Marshmello, and Cactus Jack American rapper, Travis Scott.

However, worry not, as the popular singer of "thank u, next" can rock the show on her own, especially as she is known for her extravagant performance, hence a recognition from Epic Games. Gamers may have a collab using their Icon Series skins, putting together a spectacular concert for all artists in "Fortnite."