Perseids Meteor Shower: How to Catch It During Peak Viewing Next Week With NASA's Help

The Perseids meteor shower will reach peak viewing next week and it surely is something you would not want to miss.

While the National Aeronautics and Space Administration's (NASA) cameras caught the first Perseid on July 26, peak viewing for the meteor shower will actually begin next week. Specifically, peak viewing will start on the night of August 11 and end once dawn hits on August 12. 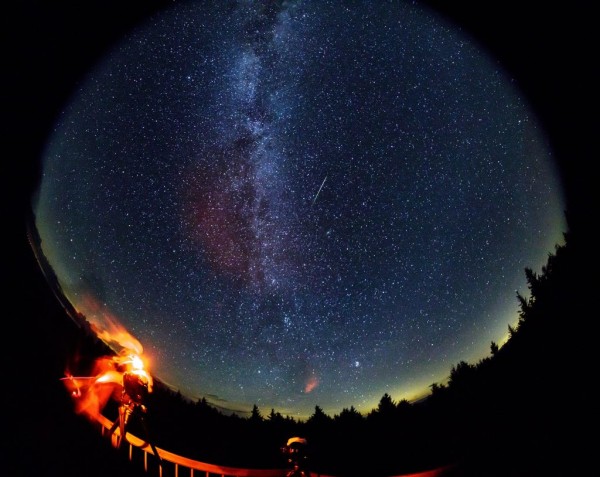 The Perseids meteor shower is considered the best meteor shower of the year. It is also one of the most plentiful with 50 to 100 very fast and bright meteors per hour.

According to NASA, those who are in the Northern Hemisphere and far away from light pollution can even see up to 40 meteors per hour once peak viewing hits next week.

However, if you live in the Southern Hemisphere but below 30 degrees south latitude, you will not be able to see a single Perseid.

How to Catch Perseids Meteor Shower on Your Gadgets

If you cannot avoid being in an area with a lot of light pollution or you live in the Southern Hemisphere and would like to see more Perseids, do not worry! NASA is here to help you with that.

Last year's Perseids meteor shower peaked at the same dates as this year. In 2014, the rare appearance of a supermoon ahead of the meteor shower hampered peak viewing of the Perseids.

What are the Perseids?

According to NASA, the Perseids got its name from the fact that "they look like they're coming from the direction of the constellation Perseus (near Aries and Taurus in the night sky)." Technically, it is actually difficult to spot meteors in that area from Earth's vantage point.

Perseids are actually the debris of a comet called Swift-Tuttle. Our planet actually passes near the path of Swift-Tuttle, which allows us to see the Perseids.

Per a report by SlashGear, the comet debris known as the Perseids "will appear in the sky as quick small streaks of light."

The Perseids are actually really popular for their fireballs, defined by NASA as "larger explosions of light and color that can persist longer than an average meteor streak."

Perseids Meteor Shower: How to Watch This Amazing Sky Show