Here are the top 10 most popular video games of all time as of 2021, at least in the United States. The "Grand Theft Auto V" is Gracing the list by Rockstart Games, 'Minecraft" by Mojang Studios, and PlayerUnkwown Battlegrounds by the South Korean gaming company, Bluehole. 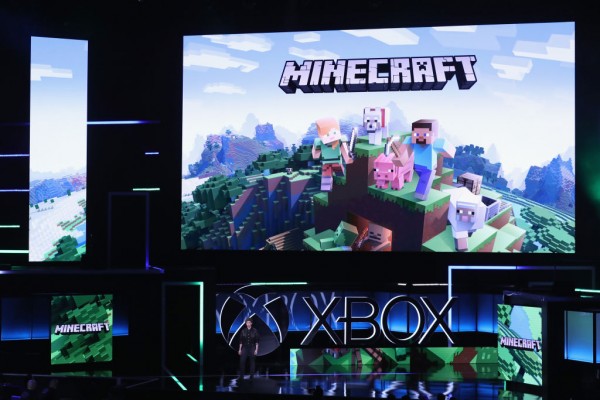 Newsweek compiled the most popular video games of all time in terms of downloads in the U.S.

Top Ten Most Popular Video Games in the United States 2021

It is interesting to see some newer titles entering the top 10 list of most popular games and 80s-released video games.

It is also worth noting that the COVID-19 lockdowns increased the number of video games users in America, with one-third of the overall population joining the craze.

As such, even Netflix, the top video streaming service from Los Gatos, is hinting at entering the video game industry.

"Tetris" is a tile-matching game that debuted way back in 1984. The iconic game was simpler back then, sans the multiple modes and bonus skills commonly seen in the recent iteration of tile-themed gaming title.

During the launch of the "Wii Fit," some gaming folks are in awe of the innovative video game experience that the Wii Console flaunted.

It included a gaming peripheral called "Wii Fit," which replaces the usual controllers to track the player's movement.

Yet another Nintendo title enters the list of the most popular gaming title in the United States. This Mario-themed kart racing game was initially launched on the Wii U console, but it is currently available on the Nintendo Switch, as per Amazon.

All of the versions of the Pokemon role-playing game, popularly played in the Game Boy of Nintendo, is one of the most popular games.

As such, these gaming tiles helped the Japanese-made Pokemon became a staple in the popular culture even in the U.S., Newsweek said in the same report.

This is the first iteration of the Mario Bros. games outside the confines of an arcade. Players of the "Super Mario Bros" in the Nintendo NES enabled franchise fans to play Luigi and Mario in their homes.

This online battle royale game grew popularity in PCs, the top gaming consoles, and later on, mobile devices. Notably, it is the most recent game on the list.

Similar to the "Wii Fit," the "Wii Sports" still tracks the user's movement, but this time around, the game mimics sports, such as boxing, golf, and even tennis, among others.

Tetris by EA in 2006The second "Tetris" game in the list was developed by EA Mobile for more modern platforms, including iOS, Android, and PlayStation, as well as defunct software like the Windows Phone and BlackBerry OS.

Conveniently Rockstar made the "GTA V" available on PCs and all the top consoles, making its one of the most played video games as it sports an open-world design.

The sandbox video game can be downloaded in Windows, as well as even on macOS and Linux. "Minecraft" opens a virtual 3D world where players can create nearly anything.

Related Article: Video Games 101: How to Choose the Video Game Platform that is Best For You