Deciding which video game system is right for you is pretty insignificant in the grand scheme of things. With video games sales on pace becoming the famous form of discretionary entertainment, outpacing both movies & music, retailers, entertainment & software companies are spending millions and giving consumers more choice in both game platforms and games. Choosing which one is right for you can be a task more daunting than one might think. 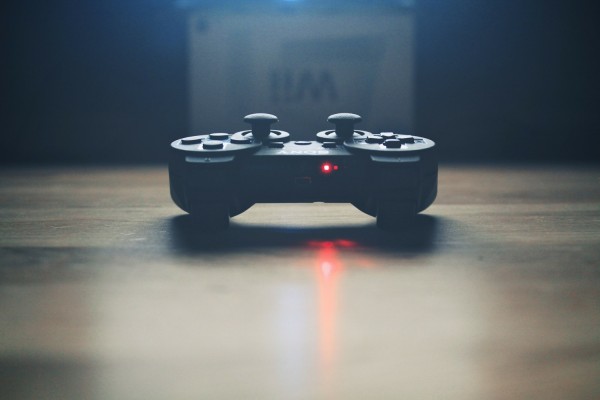 What is your video gaming platform budget?

Firstly, you need to determine how much money you 're prepared to invest. Be realistic. If you just want to play video games and nothing else, compared to a console video game system, a PC platform can be quite expensive. But if you or your family already have a computer, there's plenty of the popular console games available for the Mac. After all, video games are designed, reviewed, and checked on a PC.

Sadly, video game consoles do have a far shorter existence than PCs. Microsoft's Xbox is today's most technically advanced video game machine on the market, but rest assured, the next generation gaming console is already in the works. Together with the new wave of Sony & Nintendo devices, gaming consoles will begin the process of replacing their predecessors every few years. PCs offer specific hardware update capabilities, requiring some technical expertise but without needing to replace the entire computer. You can prolong your PC's life without investing much on a brand new device, either by adding memory, storage space, graphics cards, or even a new motherboard.

You will also need to determine whether games from the previous generation system can be played on the next generation's consoles. When a game runs on your current PCs machine, it will work on any potential device you might be buying.

Thankfully, video game companies have made tremendous strides to distinguish themselves in terms of their services and the overall player experience. Here are the reasons you should choose any of those devices to play video games without further ado.

When you want to play video games in the highest possible condition in terms of efficiency and visual fidelity, select the PC. PC games are usually cheaper and often absolutely free between the various Steam sales and the many deals from the Epic Games Store.

Playing older games from your childhood on Desktop, which can easily be found on Steam or GOG, is also much more accessible. Besides, if you want to be at the forefront of the latest gaming trends, such as Battle Royale games or new Kickstarter projects, then PC is the best experimental platform to be.

While a console will last up to 5-6 years, a PC's ability to run new games depends entirely on whether the graphics card or size of RAM that you have is futureproofed. If you don't know how to configure the many parts of what makes a computer, you might want to avoid a headache and just use a console.

Nintendo is known as the exclusives king of amazing games such as Super Mario, Zelda, and Pokemon. Its legacy is one of the longest in gaming history. It has entwined us in one way or another.

The Nintendo Switch is really one of a kind, and it has never been possible for someone to enjoy triple-A games like Doom: Eternal and Breath of The Wild on-the-go or on a TV. Nintendo games are perfect for couch play, too, and the Switch is a fantastic console for party games with friends over.

Based on the titles, Nintendo's online services are still sort of iffy, with no secure way to experience a smooth online multiplayer. There are also problems with controllers that come with the Joy-Cons, which can be expensive to purchase a new one or even repair.

Thanks in part to its enticing exclusives, PlayStation has evolved to become the most popular console brand. The best thing about buying a PlayStation is that the games with the most anticipation, like The Last of Us 2 and Final Fantasy VII Remake, will usually be the only PlayStation.

So, if you want to enjoy the games everyone else does, go to PlayStation. This also means games in the second-hand market can be reasonably cheap.

Backward compatibility has always been an issue with PlayStation consoles, with the PS3 and PS4 selling varying-quality older titles. Your best choice is either to play an upgraded version or a full-on remake.

If the PlayStation software depends on consistency, then the Xbox library is a testimony to the number of games that you can enjoy on the Xbox. The forthcoming Xbox Series X will support old and new games from very first Xbox all the way to the Series X. This also ensures that the disks you might have with these previous games will still work with new hardware, with improvements.

Although the population of the Xbox players is by no means small, it is a fraction of the group of PlayStation, and the results may differ depending on which side of Southeast Asia you live in. The secondary market is not on par with PlayStation as well, because of that. In comparison, Xbox depends heavily on third-party games, with its first-party projects not always reaching the same paces.