COVID-19 Vaccination Proof Will Be Required by NYC for Entertainment, Fitness, Indoor Dining

COVID-19 vaccination cards are going to serve as major documents if you want to go out and have fun, especially in NYC. 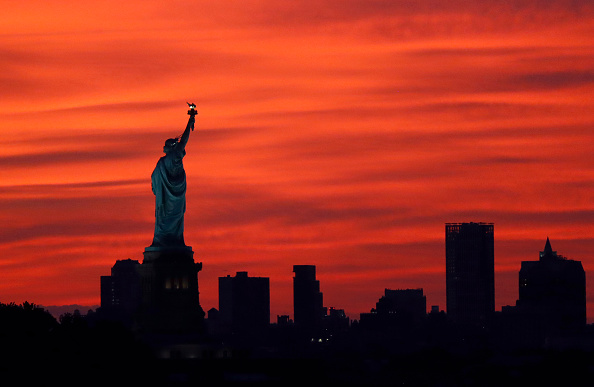 (Photo : Gary Hershorn/Getty Images)
JERSEY CITY, NJ - AUGUST 3: The sun rises behind the Statue of Liberty and the skyline of Brooklyn in New York City on August 3, 2021 as seen from Jersey City, New Jersey.

According to a report by CBS News, New York City will now require anybody to present valid proof of COVID-19 vaccination for anyone who wants to go indoor dining, work out at the gym, or watch some entertainment. The mandate called the "Key to NYC Pass," is the first of its kind in the nation. It also applies to both customers and staff of any indoor space.

Mayor Bill de Blasio made the announcement in the wake of a new surge in COVID-19 infections around the country, which is mainly caused by the extremely contagious Delta variant. He then goes on to say that the mandate is a step forward in making everybody understand the necessity of vaccinations. The mandate is set to be launched on August 16 and implemented starting Sept. 13, reports The New York Post.

What this means is that anybody without a proven COVID-19 jab (jabs for those who require more than one dose) will be denied entry to any public establishment in the city. It's also a lot different from what other major US cities are doing to curb the spread of new infections. NYC is focusing on vaccinations, while others are going for relatively controversial mask mandates.

So far, it's been a really great turnaround for New York City, which at once served as a COVID-19 infection epicenter at the start of the pandemic. Back in April of last year, one doctor described the city's hospitals as "hell on Earth" due to how many suffering patients came in through their doors, reports CBS News.

Read also: COVID-19 Vaccine Myths Like 'Standing Near a Vaccinated Person Will Destroy Your Body' That Have Been Debunked by Experts

Many of those closely monitoring the pandemic are now saying that it's no longer the problematic virus but rather the hesitancy to get vaccinated against it. And in the US, anti-COVID vaccine protests have started to reach a fever pitch, which is likely one of the main reasons why there's a new wave of infections in the first place.

Since many folks still aren't allowed to protest outdoors, much of the COVID-19 vaccine misinformation campaign happens online. This has made social media companies take drastic action, like Facebook instituting an anti-vax crackdown on their network.

This hasn't done much, though, since people are finding crafty ways. Earlier this year, there was a report about an Australian man who placed fake QR codes on top of official COVID-19 ones, all in an effort to direct others to anti-vax sites discreetly. The man has since been arrested.

What Will This Mean Moving Forward?

New York City should not be the only city doing this. Vaccines have been proven to work against the coronavirus, be it keeping anyone from getting infected in the first place, or fully preventing hospitalization and death. And every city around the world should start doing so. 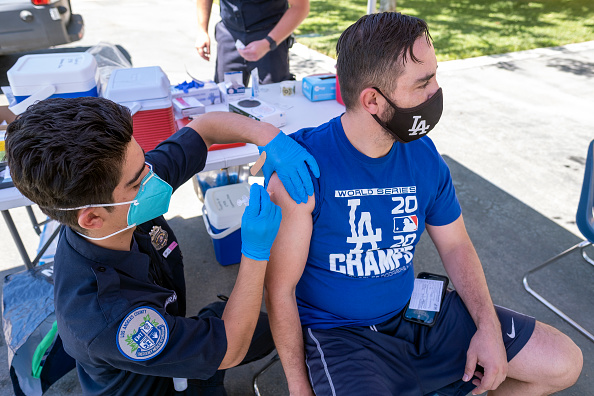