Xiaomi's Mi Mix 4 is launching on August 10 and is likely to flaunt a flexible screen along with an under-display selfie camera, making the upcoming Android smartphone the first in-display shooter from the Chinese phone maker. 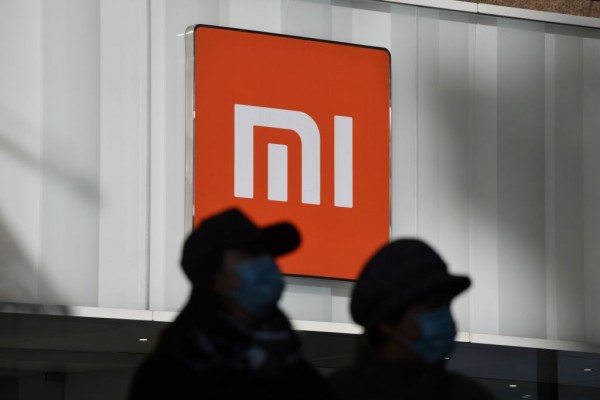 (Photo : by GREG BAKER/AFP via Getty Images)
Xiaomi Mi Mix 4 to launch with flexible screen alongside under display selfie camera on August 10, as per the latest leak.

GizmoChina noted that the Xiaomi Mi Mix 4 debut event is commencing a day earlier than the Unpacked event of Samsung, wherein the South Korean giant is launching next-generation devices, such as the Galaxy Z Flip 3 and Galaxy Z Fold 3, together with the Galaxy Watch 4 series and the Galaxy Buds2.

Xiaomi is reportedly not only introducing the Xiaomi Mi Mix 4 on its launch, but it will also be announcing the Mi Pad 5 series, Mi CC11 lineup, and the new MIUI 13.

As per XDADevelopers, Xiaomi already confirmed that the earlier rumored moniker, the Mi MIX 4, is indeed coming after the Chinese behemoth shared a teaser of the upcoming device on Weibo, a Twitter counterpart in the Asian country.

It is worth noting that the last time that the giant phone manufacturer released a device that sported the "Mi Mix" name was way back in 2018. So, after a couple of years, it was only on May 11 when Xiaomi brought back the previous moniker for its foldable flagship, the Mi Mix Fold.

Xiaomi did not reveal any further details of the upcoming device, aside from confirming its name and its launch date.

However, a prominent Chinese leaker that goes by the name Digital Chat Station exposed some info about what to expect from the Mi Mix 4.

The Chinese leaker predicted that the Mi Mix 4 is likely to flaunt an innovative flexible display. Not to mention that the upcoming device is also possibly featuring an under-display front-facing camera.

To further prove the information about the yet-to-be-launched Xiaomi device, Digital Chat Station attached a video that exhibited the seamless display, sans the punch hole provision for the selfie snapper.

The clip also showed how the flexible display of the Mi Mix 4 works with its screen curving on both sides of the device.

As per the Xiaomi Mi Mix 4 leak last June 20, the device is sporting a Qualcomm Snapdragon 888 processor and a better display resolution, but some reports are saying that it is likely to get the newer Snapdragon 888 Plus.

The flagship smartphone chip is expected to be powered by a 5,000mAh battery that could support 120w fast charging.

It also turned out that the upcoming device did not stop at removing the punch hole eyesore. It is also rumored to flaunt an FHD+ display resolution.

The upcoming device will be installed with a MIUI 12.5, which is based on the Android 11, alongside its support for mmWave 5G support and UWB.