Xiaomi Mi Mix 4 release date, price, and specs have been leaked. It revealed that an under-display camera, a Snapdragon 888, and more are coming to the rumored phone. 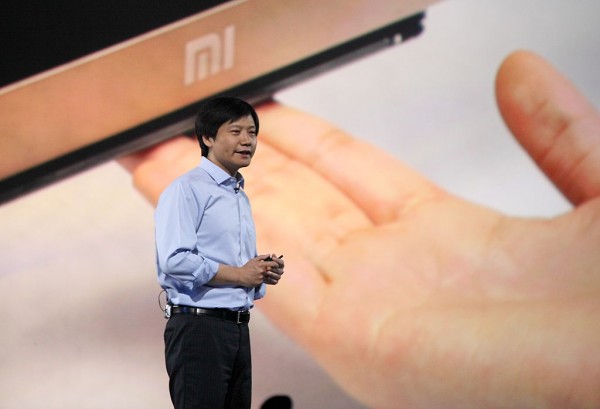 (Photo : by VCG/VCG via Getty Images)
BEIJING, CHINA - MAY 15: (CHINA OUT) Xiaomi CEO Lei Jun speaks during a product launch on May 15, 2014 in Beijing, China. Privately owned Chinese electronics company Xiaomi has lauched its first tablet and low-price 4K TV on Thursday. The newly launched "Mi Pad" is looking to shake up the tablet market to rival Apple's iPad mini with a new low-price slate set.

The new report of the highly rumored Mi Mix 4 came from China. It detailed some specs that people could look forward to upon its reported launch this 2021.

The leak is not as extensive as a full-blown specs reveal should be. It only pointed out some prominent features that the upcoming Mi Mix installation is getting -- mainly for the display.

According to Tech Radar, the Chinese giant was last seen sporting the "Mi Mix" name for its smartphone in 2018. After a couple of years, on May 11, Xiaomi used the moniker again for its foldable phone, Mi Mix Fold.

And now, a new leak claims that we are getting a smartphone with a "Mi Mix" title.

The revelation was first reported by a China-based website, MyDrivers, which was picked up by GSMArena.

Initially, it was written in the Mandarin language.

The Mi Mix 4 is notably getting a feature that most counterparts still lack: an under-display (UD) selfie camera.

Although Google has already filed its UD shooter patent, which uses an original mechanism, the Pixel phones are reportedly getting it in the next few years. It is likely to become a reality in 2022, which is not far away.

On the other hand, Xiaomi filed for a UD camera patent on May 6.

On top of the UD camera, the Mix Mix 4 is also reportedly getting thinner bezels. With the two design changes combined, we could look forward to a more seamless display. It could redefine what full-screen experience really is.

However, it is not the first time a flagship smartphone got rid of the punch-hole, or notch for the front-facing camera. ZTE Axon 20 5G flaunted an under-display shooter as well.

The display upgrade is not limited to removing eyesores. It will further be sporting an FHD+ resolution. However, the specifics of the display are still unknown.

The rumored phone is also reportedly powered by a Qualcomm Snapdragon 888 processor. It is the standard chip that most Android phones carry in 2021. For instance, the Xiaomi Mi 11 and Mi 11 Ultra have the same processor.

Furthermore, the phone carries a 4,500 mAh battery with a 120W fast charging capability.

Read Also: Xiaomi is Now the Leading Smartphone Brand in Spain, Samsung and Apple Racing Behind

The Chinese outlet claimed that the Mi Mix 3 is launching in the third quarter of 2021. There was no mention of an exact month. So no one knows if it is July, August, or September.

As for the price, it was only teased to be more expensive than the Xiaomi Mi 11 Ultra. Well, of course, given its upgrade specs and remarkable display.